Lafia: Lecturer Assaults Student, Strips Her Naked For Fighting His Daughter Over A Man (VIDEO)

A lecturer at the Federal University of Lafia, Nassarawa alongside his children have been accused of physically assaulting one of his female students.

The video of Dr Fred Ekpe Ayokhai, a lecturer at the Federal University has been making the rounds on social media.

According to reports gathered, the lecturer accompanied his daughter to avenge an action that was earlier out by a young lady identified as Blessing Mathias who engaged in a physical bout with his daughter over a man.

In the video making the rounds, Blessing was stripped naked as she was whipped continuously by Ayokhai and his acquaintances.

It was gathered that Blessing had beaten the lecturer’s daughter, Emmanuella for trying to snatch her boyfriend identified as IG.

Their fight ensued after she discovered that Nuella had her boyfriend’s number in her phone, which she refused to delete.

The said lady (Blessing) gathered her friends to beat Emmanuella. She was seen slapping Emmanuella and hitting her from different angles, asking her to delete the number. 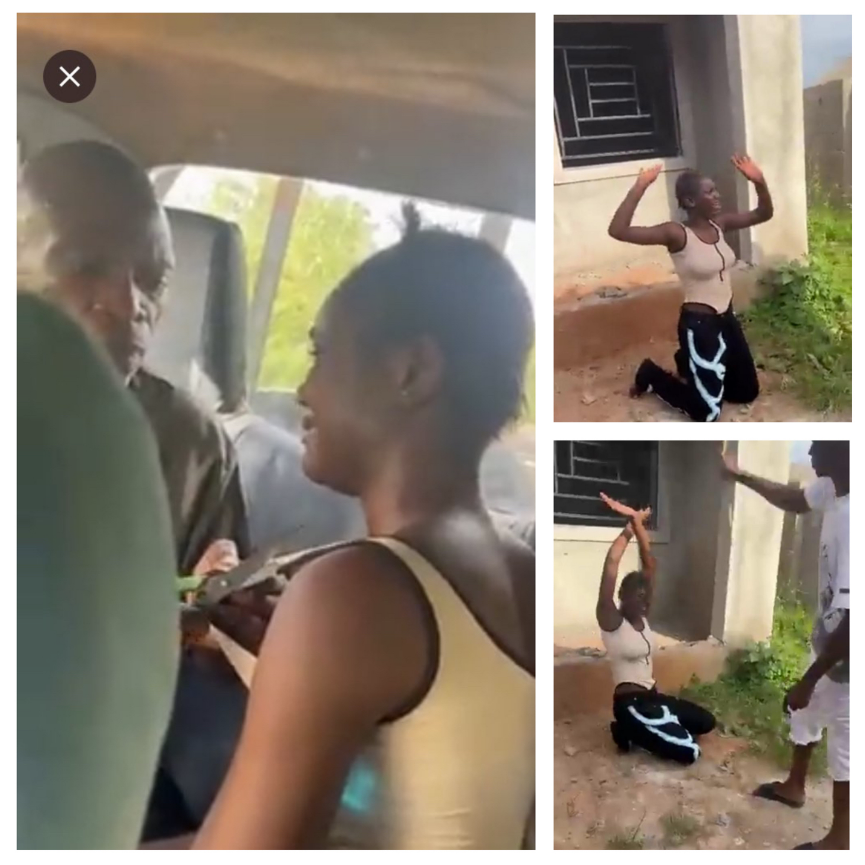 Days after the incident, Emmanuella in the company of her father, Fred Ekpe Ayokhai, and his brother, Praise Shola, and others attacked Blessing in retaliation.

While also being driven to an unknown location as captured in a viral video, Ayokhai used scissors to cut off Blessing’s cloth.

Watch the videos below.

FUTLAFIA lecturer and his wife brutalise and assault a 20 year girl for contending with their daughter for a man.pic.twitter.com/lGxOxMVgco

Brave Daughter Confronts Dad As He Threatens To Send Wife To…