White Money emerged as the winner of the 2021 Big Brother Naija Shine Ya Eyes edition.

Hazel Oyeze Onou, who is better known as White Money shared the news on Tuesday, September 20 via his verified Instagram page.

ALSO READ: BBNaija Level Up: Top 5 Richest Housemates So Far In The Competition

He shared photos from the official signing and also revealed that he has some songs which will be released on 23rd.

The announcement came as a surprise to fans of the Nigerian entertainment industry.

White money who has shown interest in the music industry for over a year has been regarded by social media users as one of the most underwhelming musicians to emerge from the reality show, Big Brother Naija. 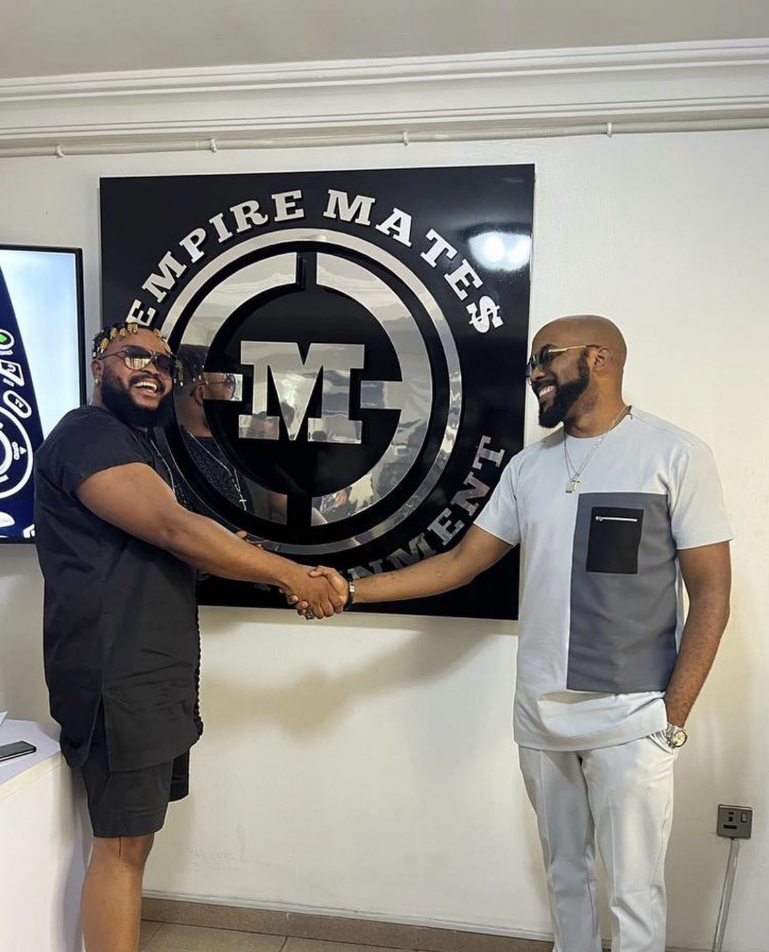 Despite emerging as the winner of the 6th edition of BBNaija, his music career has not really taken off.

Following Banky W‘s decision to sign him to his record label, Nigerians have taken to social media to air their opinion. Expectedly, most of the comments are unsurprisingly derogatory and are coming from trolls and naysayers.

Below is a cross-section of comments from social media users. Read below.

I know Banky W has been trying to replace wizkid
But WhiteMoney ??

Banky W can fix him , I believe. pic.twitter.com/STkWWE33cw

Whitemoney preparing Semo so Banky W and other actual EME musician will see what to eat after the session. pic.twitter.com/10BHQJmTkM

Banky W really went from signing Wizkid to signing White money. God abeg I no wan ever experience this kain downgrade for my life🙏😭.

Banky W has signed Whitemoney to his record label, EME.

And someone asked whether as a musician or as a chef. 😪😹#Yahoo #ASUU #Whitemoney #Kasake pic.twitter.com/1rCJqwhbX0

Whitemoney any time Banky W is hungry and Adesua is not around
ASAP😂 pic.twitter.com/tQG4IDk5aX

They said that Banky W has signed Whitemoney into his Record Label EME and someone asked whether as a musician or as a chef. 😪

Whitemoney is signed to EME records just to cook for the banky w and the bands 😭😂😂 pic.twitter.com/aAlKBEbDQc