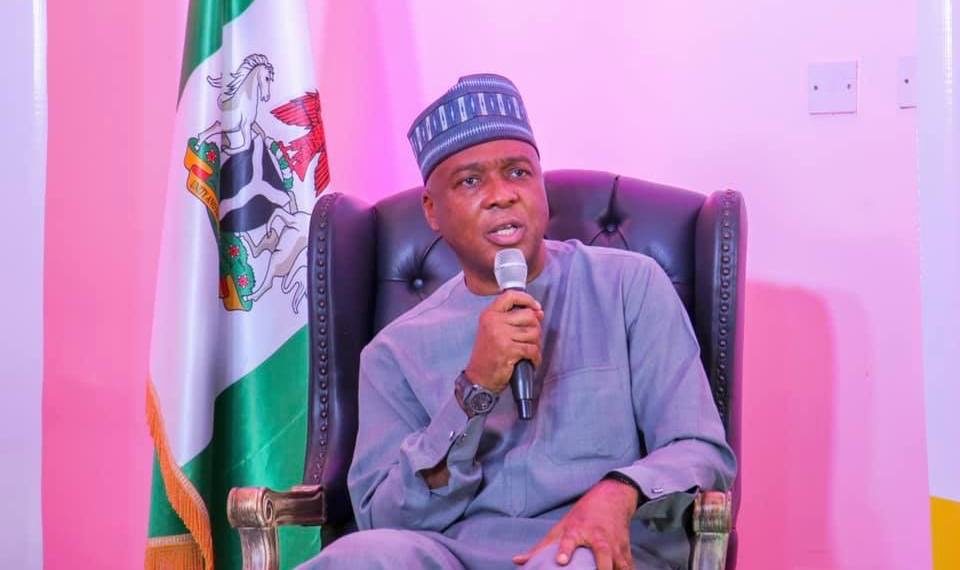 Former Senate President Bukola Saraki has responded to the PDP turmoil that is roiling the party.

The former presidential candidate said in a message on his social media accounts on Saturday that he had been working quietly behind the scenes to assure the party’s return to normalcy.

Following the party’s primary election, which took place on May 29 in Abuja, the main opposition party sank into an extraordinary crisis months ago.

Nyesom Wike, the governor of Rivers State, and his supporters requested the resignation of Iyorchia Ayu, the PDP National Chairman, on the grounds that he had orchestrated Wike’s demise.

Ayu’s refusal to resign has, however, deepened the crisis as Wike and his group vowed to work against the party’s presidential candidate, Atiku Abubakar in the forthcoming election.

Wike and some PDP stakeholders a few days ago pulled out of Atiku’s campaign council and insisted that Ayu must resign before the party could get their support.

But speaking on the developments, Saraki, who was also an aspirant during the primary election, said Atiku remains the best option for the country.

I just returned from my annual vacation and went straight to Akwa Ibom to join the celebration of the 35th anniversary of the state’s creation.

As I moved around the country in the past few days, I got the feeling that many people are concerned over my seeming silence on recent developments in our party, the PDP.

PDP and Atiku Abubakar remain the best option for Nigerians in the 2023 polls!