Sad Romance is the music project for broken-hearted middle-class Nigerian youths who are looking to get back at their estranged partners.

A music for pristine-looking individuals who want to understand the concept of game and seeking true love. Ckay has created a project that will serve it’s purpose sooner or later, young men will pick this material up and embody that playboy persona that has been dormant inside of them.

Sad Romance is the album for the loner, the broken and those who just want to get back at their ex-lover. Give this album a listen.

An interesting music project that requires listeners to put away their goody-two-shoes individualism and become more enwrapped in the narcissistic part of them.

Ckay understands what this generation requires and he has simply given it to them. The no nonsense perspective to romance and relationship accompanied with the precision of the music makes it an interesting to his target audience.

On Friday, September 23, the 27-year-old singer whose real name is Chukwuka Ekweani released his debut studio album much to the fascination of his fans. The voraciously awaited studio album delivered everything as expected- timeframe, lyrics, beat and theme.

The subject matter of the album is certainly heartbreak and healing through rebound (in relationship).

What Was Ckay Looking For On Sad Romance

This writer would like to think Ckay was going through a personal struggle with breakup and heartache when he composed this music project. He sang from a first person point of view; his lyrics depicted that he was going through the process of healing and seeking means of carrying out vengeance on a girl.

The first track on the album is ‘You‘.

In the opening part of the single, listeners are serenaded with saxophone and drums. The singer was talking about his affection for his lover, making promises to her like an atypical Nigerian musician.

It was a good way to open the album as it ushers the listeners with the ‘toxicity’ that is would be unraveling in the latter part of the project.

‘Mmadu‘ is another tremendous entry from CKay to enjoy and feel good, with lovely instrumentals accompanied by his enticing vocals. 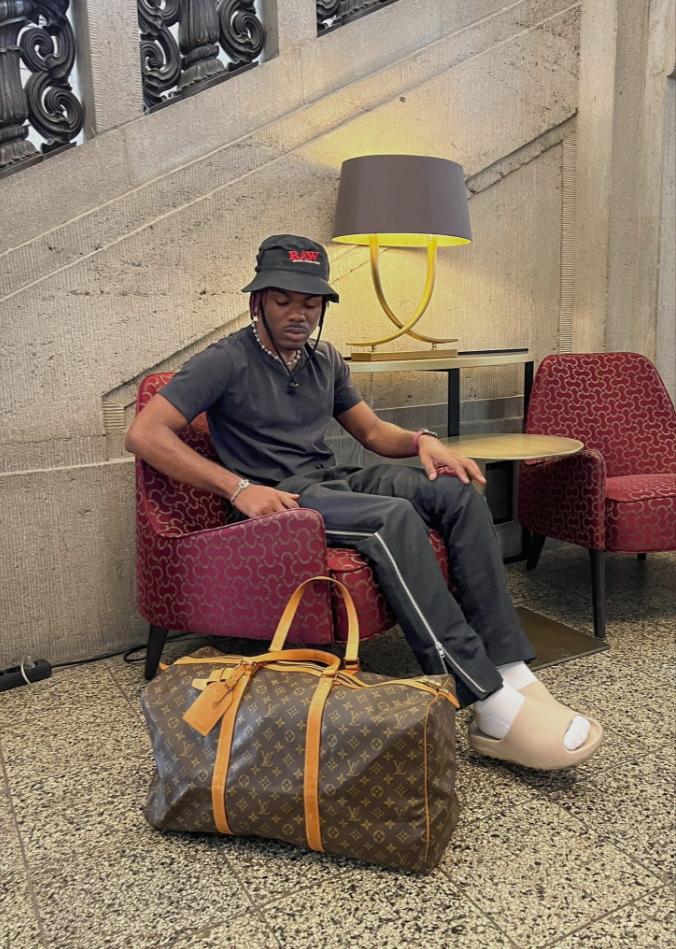 On ‘Leave Me Alone‘, we are gradually seeing the true concept of the album unravel.

Perhaps after going through the Post Nut Clarity (PNC) phase; Ckay hints that he is tired of a relationship and requires space, peace of mind and doesn’t necessarily want to talk to his subject.

He revealed he has someone else and he is prepared to move on from the relationship.

As for ‘You cheated, I cheated too’, he simply summarized the theme of this album. After his partner cheated on him with another man for any reason best known, he revealed that two can definitely play the game.

The Latter Part Of The Project…

The next track, ‘Watawi’ (pronounced what are we?) features 30 Billion Gang head honcho, Davido, South African musicians, Folastic and Abidoza.

She serenaded her listeners with her Portuguese accent to accentuate the aim and objective of the single.

On ‘By Now‘, Ckay sang as a bad boy. An atypical playboy who people would dub a ‘f**k boy’, he stated in the lyrics what himself and his love interest ought to be doing by now.

This would certainly be the single that would be put on repeat by young men who are interested in philandering.

As at the time of this publication, ‘Emiliana‘ which has already gained mainstream popularity has amassed almost 120 million listens on the music streaming platform, Spotify.

The single is popular across various social media platforms, especially on Tik Tok and Instagram.

On ‘Lose you‘, Ckay worked with another sensational Cape Verdean artiste, Ronisia.

Though ‘Lose you’ is the final single on the album, the acoustic version of the hugely successful single, ‘Love Nwatiti’. This is another single has achieved international success.

Overall, this is an exceptional album, a 37 minutes music project compartmentalized into 12-tracks that is easy to play anywhere, any day, anytime. While Ckay sang in a melancholic tone, the project might not really speak with the lower class music listeners of the country due to his point of view and the subject matter.

As stated several times in this article, Ckay’s message is for the young man who is transitioning into a ‘playboy’ or lover boy whose aim is to ‘hit the pleasure point’ and abscond.

In the end, it is a great project with several hit singles. We would see how the singles perform on Nigerian music charts.