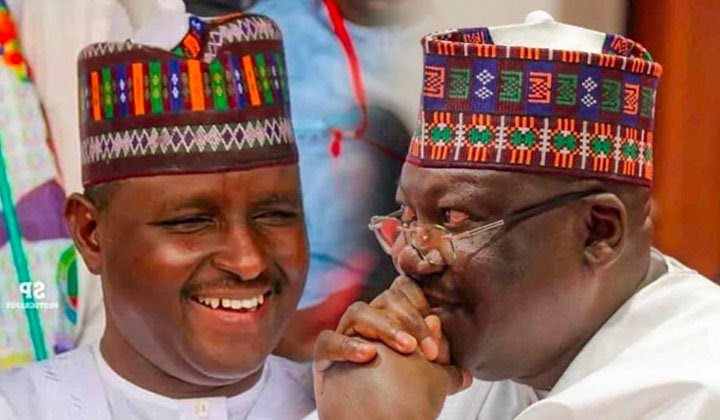 A Yobe North Senatorial Candidate, Bashir Machina has countered a letter claiming he had resigned from the All Progressives Congress (APC) and relinquished his ticket for Senate President, Ahmed Lawan.

The said letter, which reportedly got to the APC leadership in July, claimed that the politician had made the move in the “hope to reconcile the issues”. Since his emergence, Machina’s candidacy has been hotly debated with pressure reportedly on him to relinquish the ticket to Lawan who lost out in the APC presidential race.

Read Also: I’ll Not Step Down For Ahmed Lawan- Machina

But in a statement on Sunday, September 4, Machina described the letter as forged”, accusing “some unscrupulous elements” of trying to blackmail him.

I want to state unequivocally that the purported letter was forged. I did not at any time withdraw nor resign from my party.

I was shocked when I discovered that some persons concocted plans to mislead the public, particularly my supporters into believing that I have withdrawn.

The discrepancies between the two dates, especially between the date of writing the purported letter and the date it was received exposed the authors’ inadequacies and lack of sufficient administrative knowledge.

Although we suspect that this letter may be another fake news and the handwork of enemies of peace, the APC’s National secretariat must speak up on it since it is carrying the official stamp of the secretariat.

For the avoidance of doubt, I have not resigned nor withdrawn my candidature, I am in APC and have no intention to move to any party. I will (Insha Allah) pursue my senatorial ambition on the platform of the All Progressives Congress.

I have already instructed my lawyers to review the fake letter and take necessary legal action against the culprit(s).