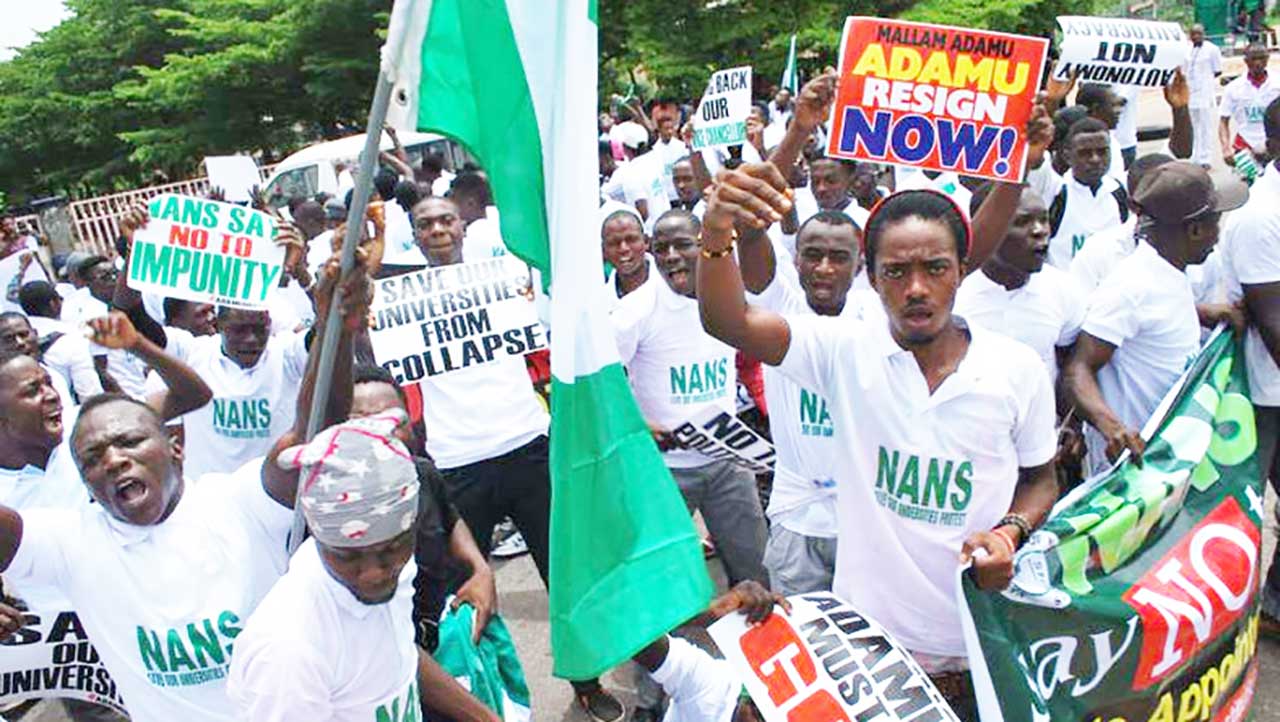 The National Association of Nigerian Students (NANS) has opposed the ruling of the National Industrial Court, mandating the Academic Staff Union of Universities (ASUU) to suspend its strike action.

Chairman, NANS National Taskforce, Ojo Olumide, announced this at a press conference in Abeokuta, the Ogun State capital, on Wednesday, some days to September 28, the official date for candidates to kick-off campaign as announced by the Independent National Electoral Commission.

He also threatened not to allow any political campaign hold across the country till students of public universities return to classrooms.

The statement by NANS read;

Today, a lot of Nigerian Students have lost a complete academic session due to this unwarranted dispute between the Federal Government and ASUU, not counting those that have lost their lives or involve in one casualty or the other due to the protracted ASUU strike. To us, the ASUU strike is germane and the only way to save public higher institutions across the nation from total collapse is to properly invest in the educational sector.

We condemn the Federal Government of Nigeria for not prioritizing the concerns of ASUU after having extensive meetings with its leadership, with the view of bringing an end to the protracted industrial action. We appeal to our lecturers to intensify the campaign for proper funding of the educational sector and not limit the agitation to the welfare of their members alone.

Our blocking of access to public roads and ports is just a warning. If the government fails to conclude all the negotiations and agreement with ASUU within the frame of two weeks, they will witness more protests and rallies all over the country, they will also witness the annoyance, anger, and frustration of Nigerians Students who have been at home for the past seven months.

As we promise them that we will not allow any political campaign to hold across the country until we are back to class. This government has pushed so many Nigerian students into depression. We say enough is enough; we can no longer bear the brunt of this avoidable crisis in our nation’s public ivory towers again.