Veteran Nollywood actress, Madam Saje has written about how she regrets not being able to speak fluent English.

The veteran Yoruba movie actress whose real name is Fausat Abeni Balogun stated this during a question and answer session on her social media platform, Instagram.

And ever since then she has not been able to further her education which has limited her acting career.

The popular veteran actress said her decision not to go beyond primary education affected her inability to speak good English which in turn hindered her advancement as she has not been able to act in English movies.

However, despite her limitations caused by her lack of education, madam Saje said she is consoled by the highly educated and amazing people God has used to bless her in the movie industry.

Read her story below. 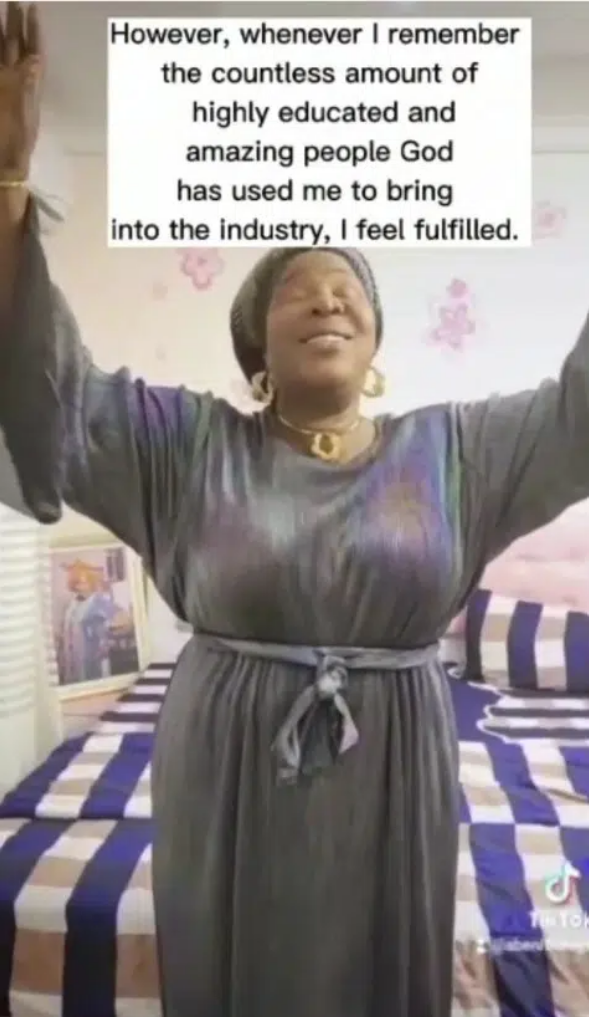