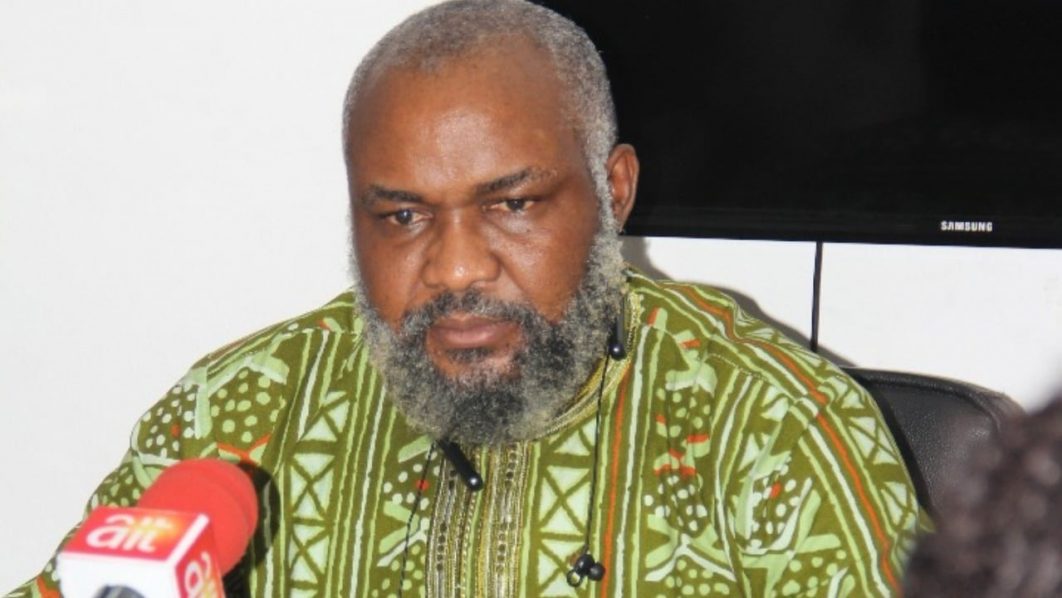 Human Rights Writers Association of Nigeria (HURIWA) has requested the immediate and unconditional release of the leader of the Indigenous People of Biafra, IPOB, Nnamdi Kanu, by President Muhammadu Buhari.

The group says the President should keep to his word at the 77th session of the United Nations General Assembly, UNGA, New York, and respect the rule of law as it concerns Nnamdi Kanu.

HURIWA’s boss, Comrade Emmanuel Onwubiko, in a statement, said Buhari should effect the release of Kanu on bail based on the deteriorating health of the IPOB leader.

The rights advocacy group warned the presidency, insisting that should anything unsavoury happen to the Abia-born agitator, it would spell doom for the country.

The human rights group feels that Kanu has been illegally detained in the Department of State Services custody in Abuja without bail for over 14 months “since he was allegedly kidnapped from Kenya.”

Ifeanyi Ejiofor, the lead lawyer to the IPOB leader, had last week raised the alarm that the DSS was patronising a substandard local chemist shop to buy drugs for Kanu, who is said to be suffering from excruciating pains occasioned by gastro-intestine disorder.

The odious report coming from Mazi Nnamdi Kanu’s lead counsel about his client’s condition in the custody of the Department of State Services is disturbing and alarming altogether.

There is the need for rule of law, an end to the crude and primitive treatment of detainees, and the release of Kanu on health grounds to stave off the unprecedented consequences of anything happening to him in detention, such as death given his near-messianic support base globally.

Speaking at the 77th session of the UNGA, President Buhari had promised that he would leave a legacy that respects and upholds constitutional democracy and the principle of the rule of law.

The President claimed that he has ‘worked to strengthen our democracy’ in Nigeria when he appeared before world leaders on Wednesday in New York but he won’trespect free speech is a core tenet of constitutional democracy and which is the major offence the current government accuse Kanu of violating on social media.

HURIWA noted that Sunday Igboho of the Yoruba Nation had even been granted bail by the court in the Benin Republic on health grounds a few months ago, wondering why Justice Binta Nyako of the Federal High Court in Abuja is footdragging on the bail application of the IPOB leader.