Fashola Urges Politicians For Calm Ahead Of 2023 Elections 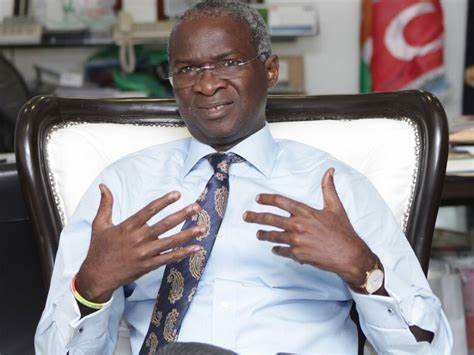 The Minister of Works and Housing, Babatunde Fashola, SAN, has stated that Nigerian politicians can win elections in 2023 without exaggerating the nation’s problems or disrobing her before the global community.

Mr Fashola made this remark on Thursday, September 8, in Lagos while delivering a keynote address at TheNiche Annual Lecture with the theme: ”2023 Elections and the Future of Nigeria’s Democracy.”

We can win elections without exaggerating our problems. We can do so by offering credible service and well-thought-out solutions.

We can win elections without disrobing our country before the global community. We can do so by ‘valorising’ Nigeria’s possibilities and not by widening her fault lines.

Elections and democracy must represent for us, a feast of ideas and choices that bring out the best of us and the best of our country.

He said that though democracy heralded freedoms including the freedom to speak but many engaged in heckling, online trolling, hate, and in-person verbal abuse in some cases or talk about ethnicity or religion.

Fashola urged Nigerians to understand that choices have consequences as the nation moved to another electoral cycle in 2023.

According to him, shortly after the announcement of the results of the 2019 general elections proclaiming the victory of President Muhammadu Buhari, and whilst the opposition petition in the election tribunal was still pending, Nigerians had started talking of 2023.

Fashola said that rather than focus on what was going to happen in the lives of Nigerians as a result of the new mandate in 2019, some Nigerians were already thinking about the next election.

He said that Nigerians should do away with all detracting hype before elections but focus on how democracy, especially the 2023 elections, could make lives better and the country greater.

Given that we are 20 days to the formal commencement of campaigns for the 2023 general elections, the 2022 annual lecture coming 170 days to the first of the elections in February 2023, provided a potential platform for many possibilities.

Democracy does not guarantee that the leader or those leaders will deliver or indeed are able to deliver on what we want.

Put conversely, what really is it that we expect from those we elect and what do they promise to do before we vote, and what have they done for us? Did we vote for, or did we collect tricycles, sewing machines, generators etc. from them?

If we did, can we legitimately expect that the budget from which these things were procured will also provide healthcare, drugs, and diagnostic equipment in our health facilities?

He said the electorate must understand what the actual constitutional roles of legislators, local government chairman, governors, and the president are, saying most Nigerians were not familiar with the provisions of the constitution and their responsibilities.