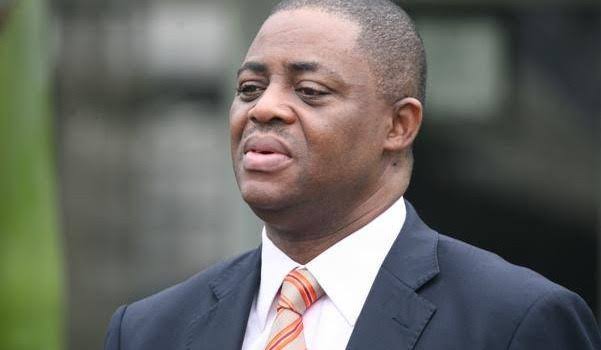 At the convention in Abuja in June, Tinubu won the presidential nomination, defeating Prof. Osinbajo and Chibuike Amaechi, the former minister of transportation.

The PCC Secretary, federal legislator James Faleke, announced the list of the council’s 400 members on Friday.

Vice President Yemi Osinbajo, who ran against Tinubu, is conspicuously absent. When the APC nominee was governor, the vice president served as commissioner for justice.

Reacting, Fani-Kayode claimed those saying Osinbajo and Boss Mustapha rejected to be on the list should get their head examined.

He also urged the Peoples Democratic Party, to stop obsessing and whining about APC’s same-faith ticket and the composition of the ruling party’s PCC.

Anyone that suggests that @ProfOsinbajo or @BossMustaphSGF rejected a place on the @OfficialAPCNg Presidential Campaign Council because of our Muslim/Muslim ticket needs to have his head examined. Why are these creatures from the Peoples Dunce Party so obsessed with our PCC?

They left Bode George, Segun Mimiko & many others from the Wike camp out of their PCC because these men had the courage & decency to reject the proposition of another 8 years of Fulani rule after Pres. Buhari which would endanger the peace and unity of our country and turn every southerner & Middle Belter into a slave. Are those that took this noble stand to reject slavery, subjugation & bondage, not heroes? Is it a crime to insist on being treated as an equal? Should these men not be commended for their foresight & vision & decency?

Yet instead of honouring them their party of slaves & slave masters seek to punish them for their noble stand & insist on having their pres. candidate, their Nat. Chairman and the DG of their PCC are ALL from the North even though this violates their party constitution & all the strictures of justice, decency, equity & morality.

This issue is a matter of choice. Someone tell these misfits of the Peoples Dunce Party & their accursed leaders to stop obsessing & whining about our same faith ticket & the composition of our PCC and instead meet us in the field. They should stop talking crap and crying more than the bereaved and let the people decide. That is what you call democracy.

Kuti Family Pickets APC Over Usage Of Fela’s Music For…