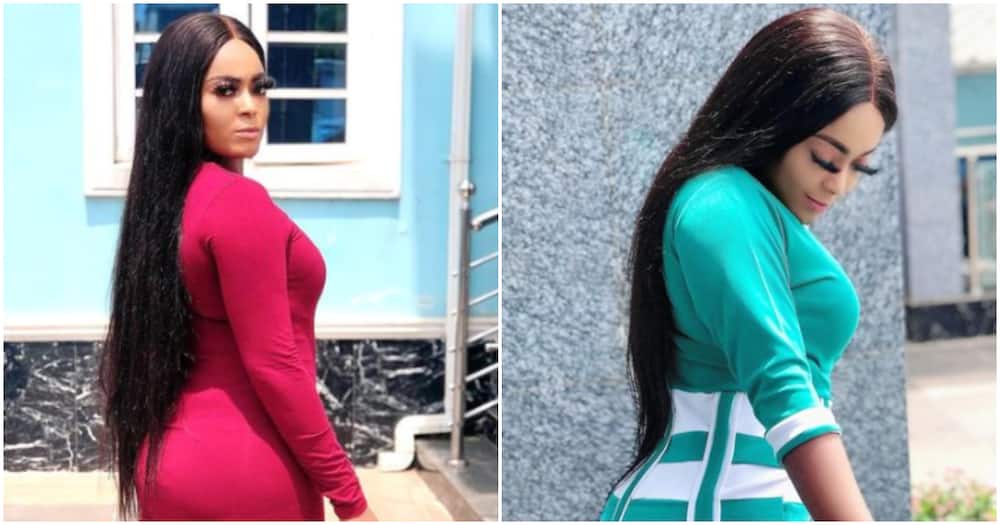 The Economic and Financial Crimes Commission (EFCC) has refuted Helena Duru’s allegations that one of its agents physically abused her during a raid.

In Enugu State, Helena said on Saturday that some EFCC agents had broken into her house and physically assaulted her.

The actress posted gruesome images and videos of the damage done to her body by the anti-graft operatives after they had physically assaulted her.

Duru’s account of the events was called a “poorly-scripted narrative that has fallen flat in the face of incontrovertible evidence,” according to a statement issued by the agency on Saturday.

The release read in part;

The attention of the Economic and Financial Crimes Commission, EFCC, has been drawn to an online video trending on Instagram, from the handle of a certain “@Iamhelenaduru”, a self-styled actress, purporting, quite mischievously, an assault by operatives of the Commission.

Checks by the Commission, however, flagged Helen Aduru, an upcoming actress, as a mere publicity-seeking player, with a poorly- scripted claim that has fallen flat in the face of unassailable facts available to the Commission.

The commission further clarified that its agents were not involved in the incident, at variance with Duru’s claims.

In her script, she was quick to include five names of officers she claimed came from the Cybercrime Section of the Enugu Command of the Commission.

Aduru claimed, rather strangely, that she was assisted by a little boy, to a Police Station at 3:44 am but met the station shut. It is important to note that Police Stations are not civil service ministries that ‘close” in the evening. Even more preposterous is the fact that she never went back, at daybreak, to complain.

“More poignantly untenable is the fact that her purported assault of July 21, 2022, which has not been logged nearly two months later at the Police Station is only being brought to public glare on September 2, 2022!! Such a scene could only stand in a typical Nollywood fiction series.