Nigerian reality star, Nengi Rebecca Hampson slammed Twitter influencers for alleging that her property was confiscated by the Economic and Financial Crimes Commission (EFCC) due to her affiliation with the Ponzi scheme operator, Michael Diongoli.

On  Wednesday, a popular blog alleged that  Michael Diongoli happens to be the sponsor of the popular reality TV star.

In July 2021, Nengi acquired a Range Rover worth N37 million a few months after she bought a mansion in Lagos.

It was alleged that the Range Rover was a surprise gift by her alleged billionaire lover Michael Diongoli.

Instagram blogger Gistlovers alleged that Michael Diongoli, who is married with kids, was dating Nengi and was responsible for her frivolous lifestyle and several features in movies.

Sharing photos of Nengi and her alleged lover, the blogger claimed that apart from dating Nengi, Michael Diongoli was also romantically linked with Nollywood actress Nuella Njubigbo, the ex-wife to movie producer Tchidi.

According to the blogger, Michael Diongoli also bought the same car for Nuella; other side chicks and some people close to Nengi had confirmed she was dating the billionaire.

The picture you all are circulating about is that of his first wife and they are divorced, this is Micheal only wife now and this was when he surprised her with the same SUV he bought for one of his numerous side chic, Nuela, tchidi ex wife.

He bought the same jeep for them(his wife and one of the side chics) people who knows them well already confirmed this gist,so make research well before Una enter express next time

Following his arrest, many of the billionaire’s properties were confiscated by the police, including the ones he gifted his numerous side chicks.

There were rumors that Nengi’s Range Rover had been confiscated by EFCC. 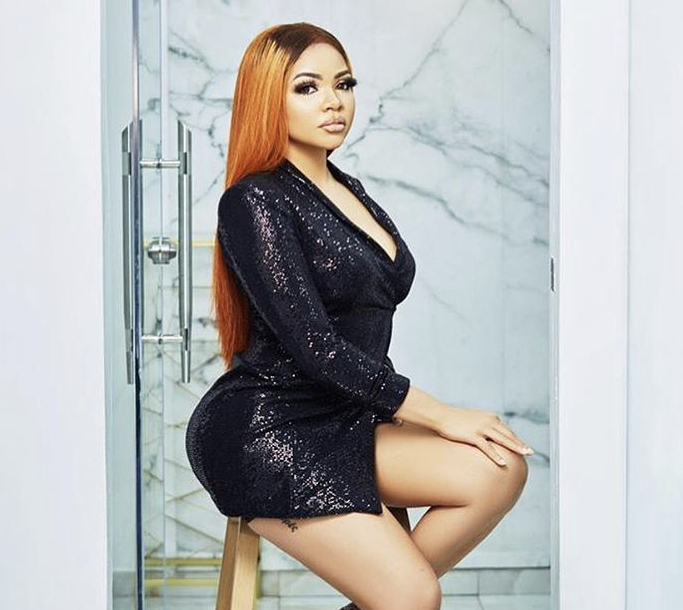 The reality star on Thursday morning finally reacted to rumors that her Range Rover has been confiscated by the Economic and Financial Crimes Commission (EFCC).

She slammed social media influencers who dragged her over the alleged confiscation of her car.

The former beauty queen, Nengi replied by slamming those who dragged her as “paid Twitter influencers.”

“Wake up ooo. I say make I remind una. It’s a new day to drag NENGI .. you can’t be tired already .. Where’s all dem PAID Twitter influencers? NO POST TODAY??”

Wake up ooo.. I say make I remind una.. it’s a new day to drag NENGI .. you can’t be tired already .. where’s all dem PAID twitter influencers.. NO POST TODAY??