Nigerian singer, Temmie Ovwasa has an estranged relationship with her mother.

In a recent post on her Instagram stories, she mentioned that she excited about how things are going between them.

Temmie stated that she had a traumatizing childhood as she was allegedly “abused” by her mum.

Further responding to the question on how it felt to cut ties with her mum, Temmie said it was difficult but she is glad she did.

According to Ovwasa, she claimed that her mother like many other women, is ”caught up in the lies, toxicity and abusive cycles”.

She also disclosed her mother’s reaction when she discovered she is a lesbian.

The singer added that her mum found out about lesbian status when she was younger as she was always writing love letters to girls.

She stated that her mum took her for deliverance sessions and had men of God lay hands on her.

See the questions and her replies below. 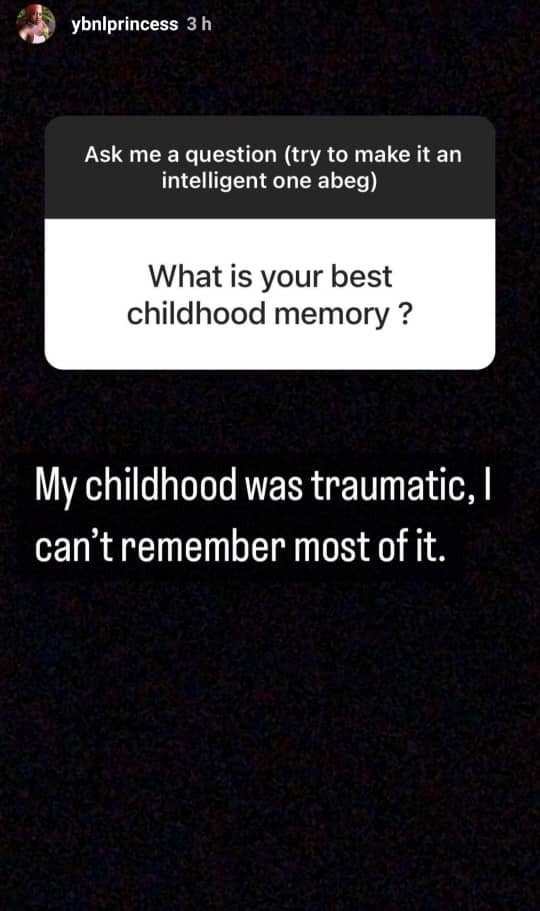 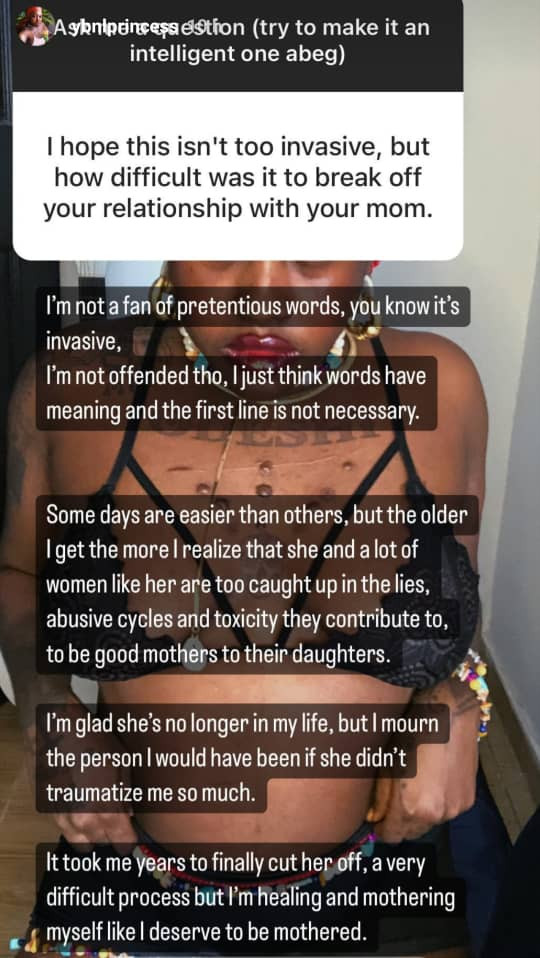 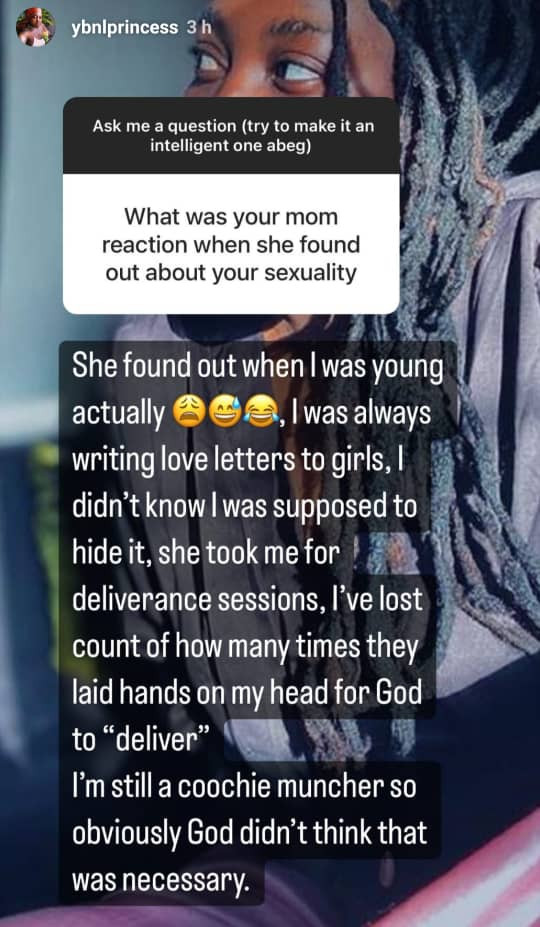 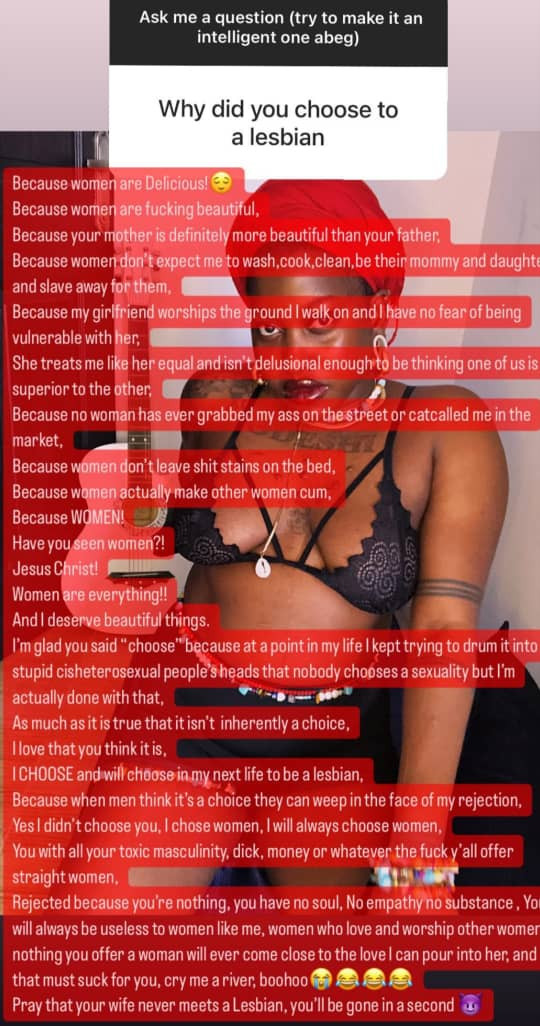 This is coming several days after the former Yahoo Boy No Laptop (YBNL) musician revealed that her mother failed to do anything at the time she revealed she was molested.

The musician mentioned that she would prefer not to bring a child into this world just to avoid being like her mum.

“The Average Nigerian Family has AT LEAST 1 pedophile they’re protecting or refusing to talk about.
Sometimes they are Your Fathers, Mothers, Uncles etc & sometimes YOU are the one doing the protecting,
Too many Nigerians have been molested as kids for this to be a lie!”

‘All Issues Have Been Resolved’ – Former YBNL…

You Rejected My Shows For No Reason – Former YBNL…