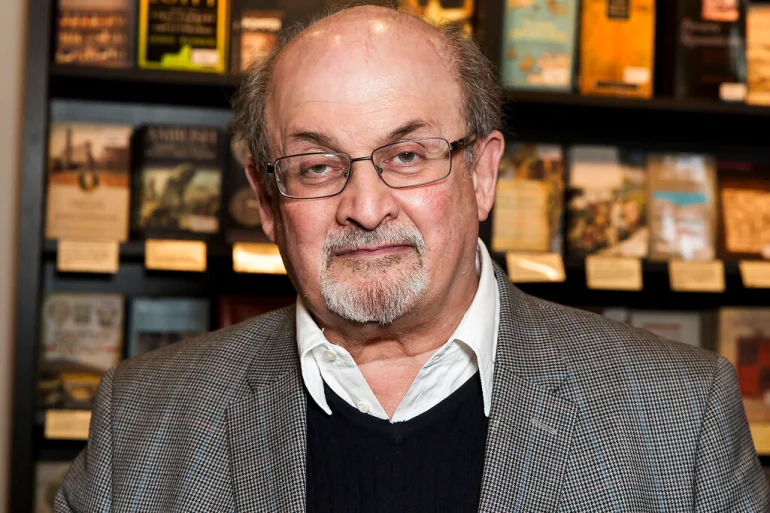 Salman Rushdie, the Indian-born novelist who spent years in hiding under death threats from Iran because of his writing, was stabbed in the neck onstage at a lecture in New York state on Friday, August 12, and airlifted to a hospital, police said.

He was alive and “getting the care he needs,” New York Governor Kathy Hochul said.

A man rushed to the stage at the Chautauqua Institution and attacked Rushdie, 75, as he was being introduced to give a talk on artistic freedom to an audience of hundreds, an eyewitness said. A New York State Police trooper present at the event took the attacker into custody, police said.

State police said the condition of Rushdie was not known and did not give a motive for the attack and it was not clear what kind of weapon was used.

Andrew Wylie, a spokesperson for Rushdie, said in an emailed statement that “Salman is in surgery,” but did not have further details to share.

The author fell to the floor when the man attacked him and was then surrounded by a small group of people who held up his legs, seemingly to send more blood to his upper body, as the attacker was restrained, according to a witness attending the lecture who asked not to be named.

Rushdie, who was born into a Muslim Kashmiri family in Bombay, now known as Mumbai, before moving to the United Kingdom, has faced death threats for his fourth novel, “The Satanic Verses,” which some Muslims said contained blasphemous passages. The novel was banned in many countries with large Muslim populations upon its 1988 publication.

A year later, Ayatollah Ruhollah Khomeini, then Iran’s supreme leader, pronounced a fatwa, or religious edict, calling upon Muslims to kill the novelist and anyone involved in its publication for blasphemy.

Rushdie, who called his novel “pretty mild,“ went into hiding for many years. Hitoshi Igarashi, the Japanese translator of the novel, was murdered in 1991. The Iranian government said in 1998 that it would no longer back the fatwa, and Rushdie has lived relatively openly in recent years.

Iranian organizations, some affiliated with the government, have raised a bounty worth millions of dollars for Rushdie’s murder. And Khomeini’s successor as supreme leader, Ayatollah Ali Khamenei, said as late as 2017 that the fatwa was still valid.

Rushdie became an American citizen in 2016 and lives in New York City.

The New York State Police identified the suspect as Hadi Matar from Fairview, New Jersey while the motive behind the act is still unknown.

The suspect ran up onto the stage prior to a speaking event at the Chautauqua Institution in Chautauqua and attacked 75-year-old Rushdie.

A preliminary review of Matar’s social media accounts by law enforcement showed him to be sympathetic to Shia extremism and the causes of the Islamic Revolutionary Guard Corps (IRGC), a law enforcement person with direct knowledge of the investigation told NBC News.

Though there are no direct links between Matar and the IRGC, law enforcement officers reportedly found images of slain commander Qassem Solemani and an Iraqi extremist sympathetic to the Iranian regime in a cell phone messaging app belonging to Matar, according to NBC News.

Soleimani was a senior Iranian military officer who served in the Islamic Revolutionary Guard Corps. From 1998 until his assassination in 2020.

Rushdie’s book The Satanic Verses has been banned in Iran since 1988, as many Muslims consider it offensive to Islam.

‘You Are Next’: Author JK Rowling Gets Death…