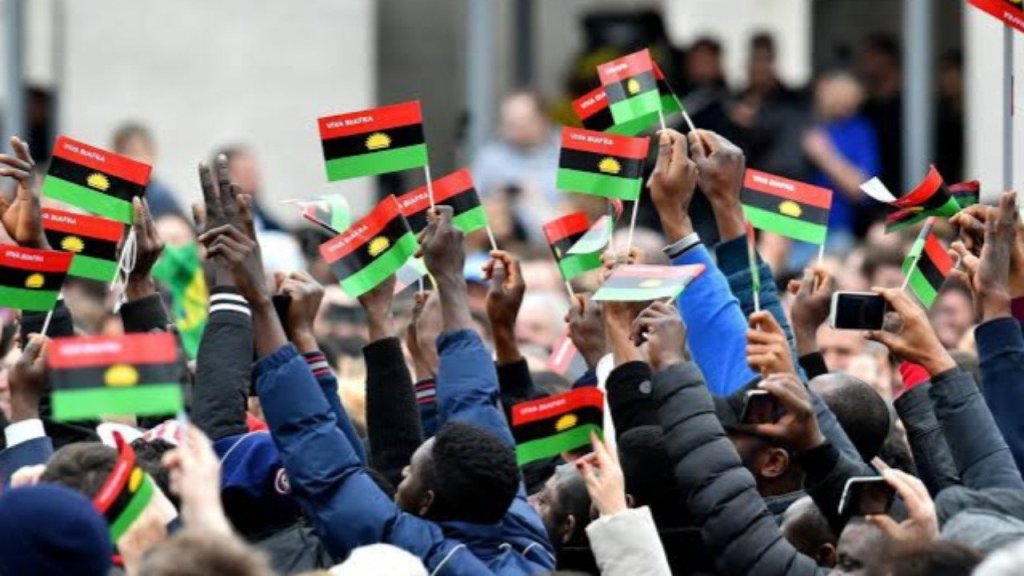 According to claims made by the Indigenous Individuals of Biafra (IPOB), security forces collude with the Ebubeagu militia group to kill innocent people in order to threaten the group.

The organization referred to Ebubeagu and the Nigeria Police as “partners in crime.”

The IPOB also referred to the claim that its members were responsible for the horrifying death of eight northerners residing in Orogwe, a suburb of Owerri, Imo State, as “laughable” and “manufactured.”

Emma Powerful, the IPOB’s media and publicity secretary, revealed in a statement on Saturday, August 6, that the organisation would never harm a peaceful person or group conducting lawful activity within its borders.

Our attention has been drawn to the laughable disgraceful, unguarded and fabricated statement alleging that IPOB members were responsible for the gruesome murder of eight northern people living in Orogwe, suburb community in Owerri, Imo State.

It is unfortunate that the Federal Government and her security agencies would descend so low to collude with the Ebubeagu militia that was created by Governor Hope Uzodimma and his government to kill innocent people just to blackmail the IPOB.

Is the government not tired of this wicked propaganda and blood shedding of innocent Imo civilians in the East just to blackmail and demonise the IPOB?

The organisation further revealed that it is not responsible for the spate of attacks and insecurity plaguing the region, accusing the Police of being in cahoots with criminals in order to blame them.

The IPOB has not and will never attack any peaceful individual or group of people doing legitimate business or trading in our territory. We are only after those criminals and bandits they brought into our territory masquarading as Fulani herdsmen who kidnap for ransom, rape our women and murder our farmers in our forests and bushes.

The IPOB will never succumb to pressure and blackmail from pursuing those terrorists masquerading as herdsmen in our bushes and forests. The ESN has been dealing and dislodging those sponsored terrorists and will continue to do so until they vacate our forest and bushes. Therefore, Nigeria Police and its sister security agencies operating in Biafraland should leave IPOB alone to sanitise our territory of terrorists.

The IPOB has several times said that we have nothing against Hausa people living peacefully and doing their legitimate businesses, anybody linking IPOB to the recently attack in Imo State is doing that to demonise and blackmail the IPOB.

Biafrans should be aware that Nigeria’s compromised security agencies are complicit in the numerous kidnappings for ransom and killing of innocent citizens in the East which they maliciously blame on the IPOB and ESN. They are doing all these barbaric activities to place the IPOB in bad light to our people and the international community.”