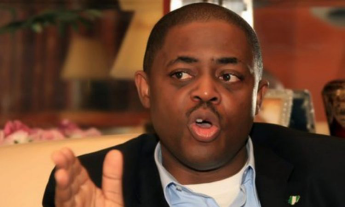 Femi Fani-Kayode, a former minister of aviation and prominent member of the All Progressives Congress (APC) in Abuja, criticized the Muhammadu Buhari administration on Tuesday, claiming it prefers to appease terrorists rather than combating them.

Fani-Kayode’s remarks followed the death on Sunday in Kabul, Afghanistan, of Ayman al-Zawahiri, the Salafi-jihadist commander of al-Qaeda and the late Osama bin Laden’s successor.

After aiding in the planning of the September 11 attacks on the United States, Al-Zawahiri fled to hiding. The Central Intelligence Agency (CIA) tracked him down months before the assassination.

After receiving authorisation from U.S. president Joe Biden to initiate the strike, the CIA fired two Hellfire missiles on the balcony of al-Zawahiri’s house, killing him.

Fani-Kayode tweeted, in the aftermath, on Tuesday, August 2;

In Nigeria we do not kill terrorists: we beg them, pay them, appease them, reward them, bow before them, give them chieftaincy titles and let them break into prison to free their brothers.

In Nigeria we do not kill terrorists: we beg them, pay them, appease them, reward them, bow before them, give them chieftaincy titles & let them break into prison to free their brothers.

Meanwhile, the Police Command in Niger has rearrested one of the Kuje Prison inmates who escaped during the July 5 jailbreak in Abuja.

Scores of terrorists had launched a daring attack on the Kuje facility and bombed their way in, releasing 879 inmates including 64 with terror-related charges.

On July 11, the Niger Command rearrested one of the inmates in Suleja.

A statement issued in Minna on Monday, August 1, by the command’s Public Relations Officer, DSP Wasiu Abiodun, said its Counter Terrorist Unit (CTU) arrested the inmate in his residence in Minna.

Police operatives attached to Counter Terrorist Unit (CTU) of the Command on July 31 at about 0700 hours arrested one John Ijamu of Apa LGA, Benue State but residing along Mandela road, Minna.

He confessed that he escaped from the custodial facility during the attack along with other inmates.

ASUU Reveals No Lecturer Has Been Paid Since Feb