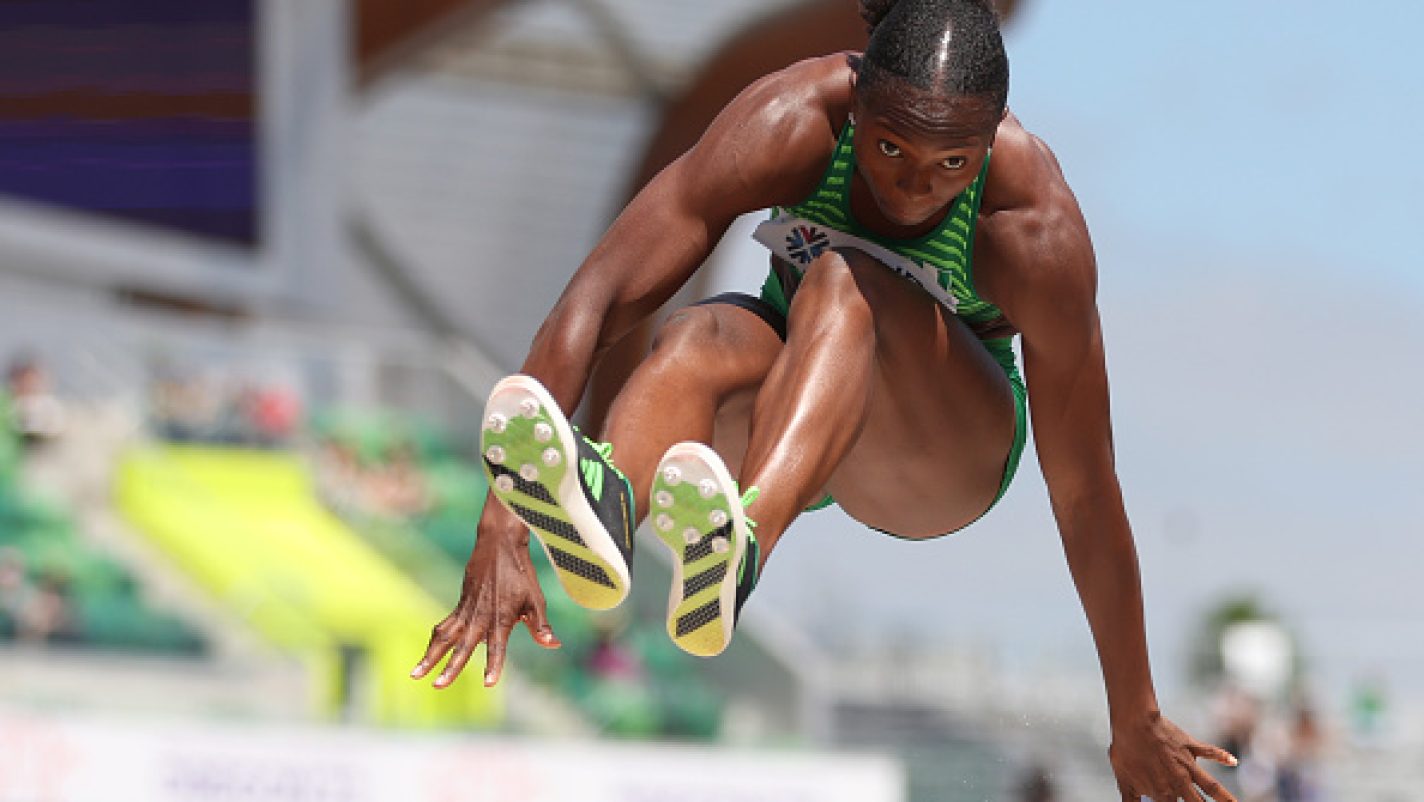 Ese Brume has won gold for Nigeria in the women’s long jump at the 2022 Commonwealth Games in Birmingham, United Kingdom, on Sunday, August 7.

Brume had a no jump on her first attempt but bounced back right away to jump 6.99m to take the lead in the final and set a new Games Record.

She added another 6.99m and 6.96m in her subsequent jumps but none of her opponents could match or surpass her thereby securing gold with a jump to spare.

However, on her very last attempt, Ese Brume jumped seven meters for another Games Record to become the first woman to jump that far in the history of the Commonwealth Games.

Amusan lined up in the final as favourite for gold and there was no stopping her as she blazed to a new games record of 12.30 seconds to retain the title she won four years ago in the Gold Coast, Australia.

Devynne Charlton finished a distant second to win silver for the Bahamas while Cindy Sember whose father is Nigerian won bronze for Great Britain.

Despite winning the race comfortably, Amusan said she did not execute it to the best of her ability.

Mentally, it was challenging. It was nerve-racking. You know, when I say I poorly executed race, I know when I execute smoothly.

I think my first five hurdles weren’t it, but I was able to get myself together and regroup and do what I needed to do and I did just that.

Obi To Supporters: You Will Not Labour In Vain