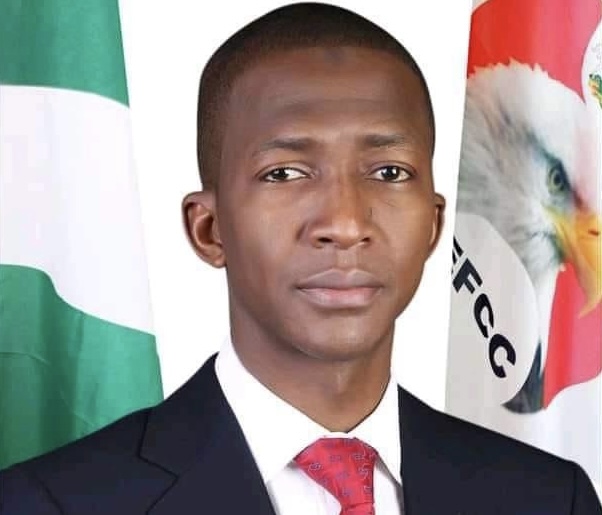 The Chairman, Economic and Financial Crimes Commission (EFCC), Mr Abdurasheed Bawa has called on media practitioners to shun the celebration of corrupt citizens in the country through their various platforms.

Bawa made the call on Wednesday, August 17, in Abuja at the opening of a workshop on Economic and Financial Crime reporting, organised by the commission for journalists covering its activities.

I want to use this opportunity to further urge media practitioners to put the interest of our country at heart, particularly as it relates to a conscientious effort not to celebrate the corrupt in our midst.

I urge you to expose them on the pages of your newspapers, screens of television or on your various online platforms.

The war against corruption is a worthy fight for the soul of Nigeria, and for the future generation; it should not be left to the EFCC alone.

The EFCC Chairman said the decision of the commission to sponsor the workshop underscored the importance it attached to the role of the media in the fight against economic and financial crimes.

Without doubt, the media’s ability to inform and sensitise the people on the ills of corruption and economic crime is crucial for us.

He said the media had given the EFCC visibility and made it a reference point in effective law enforcement in Nigeria.

Bawa said the workshop was one of the interventions by the commission to improve the capacity of the media to deliver on its constitutional mandate.

Nevertheless, there are issues in the media profiling of the commission that are less than desirable.

The notion, for instance, that the commission is draconian in its approach to fighting cybercrime is perhaps borne out of poor understanding of its modus operandi.

But I am convinced that at the end of this workshop we will all be better educated on the processes and procedures of the EFCC.

The EFCC boss further urged media practitioners to be mindful of their reportage, as it serves as a mirror that shapes global perception of the commission and the nation.

One achievement you may not easily recognise is the impact the EFCC’s intervention made in the Forex market on the value of the Naira.

The commission’s intervention led to a significant appreciation of the naira from well over N710 to the Dollar in the Parallel market and we are not relenting in our efforts to check harmful speculative activities in the sector.

I urge you to also beam your searchlights on this area as it is in our collective interest to have a national currency whose value is not subject to the whims of crooked speculators.

Burna Boy Hits No. 1 Spot On U.S Billboard Charts For The First Time