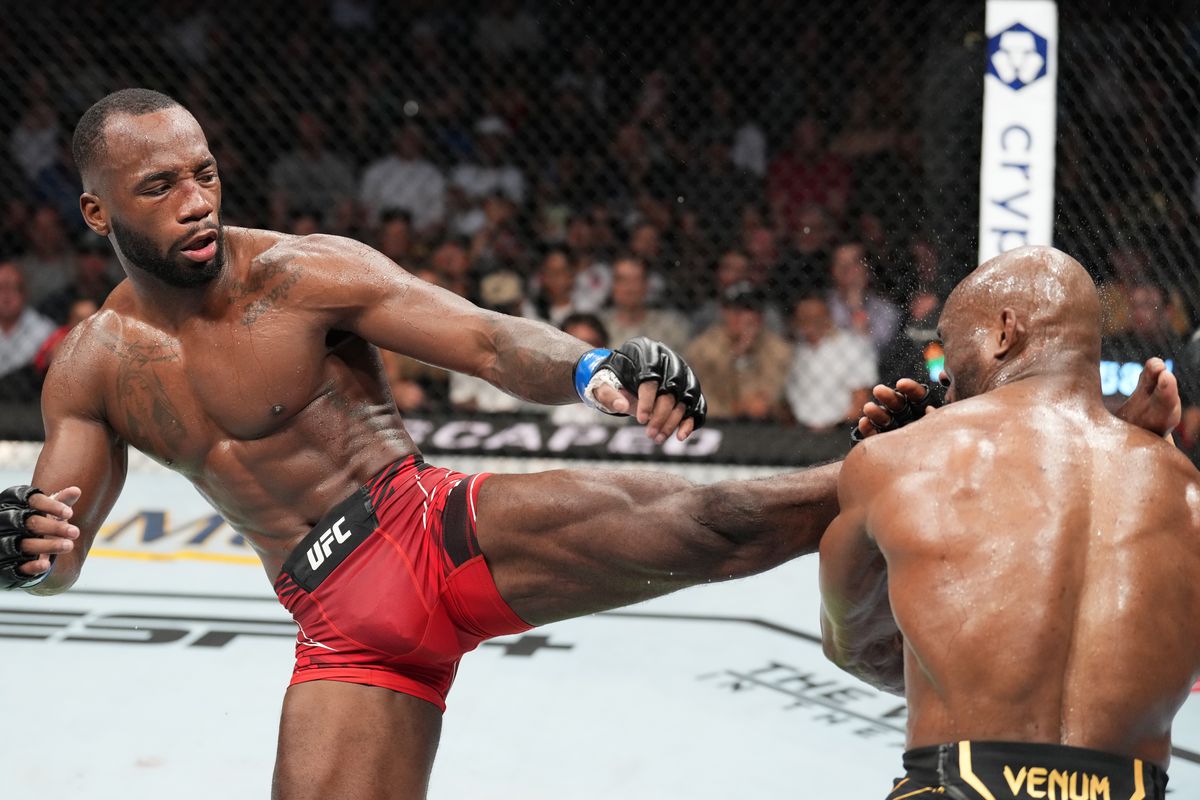 The win for Edwards at the Vivint Arena in Salt Lake City, U. S. on Saturday, August 20, was one of the greatest comebacks in mixed martial arts history.

The 30-year-old Jamaican-born British fighter looked to be headed for a defeat on the judges’ scorecards.

But then faked a jab with his left hand and then landed a left-foot kick to the head that sparked the 35-year-old Nigerian to claim the belt.

“They all doubted me, they all said I couldn’t do it – look at me now!” Edwards roared in his post-fight interview in the cage.

Edwards is only the second British fighter to hold a UFC title, following in the footsteps of Michael Bisping, who won the middleweight title in 2016.

On a streak of 15 wins in the UFC coming into the bout, Usman struggled in the first round.

Edwards, whom he beat in their only previous meeting in 2015, shocked him by taking him down to the mat for the first time in his UFC career.

Edwards threatened to finish the fight with a rear naked choke but Usman, who was making his sixth title defense, survived.

He came roaring back in the second round as Edwards appeared to stumble early on.

The 35-year-old Usman then returned to the kind of suffocating wrestling that has been the bedrock of his fighting style since he turned pro in 2012.

He backed his opponent up to the fence and took him down at will.

He dominated Edwards and looked like he would retain the belt again until the challenger starched him with that kick with just 56 seconds left in the fight.

I’m from the trenches, I’m built like this, I battle until the battle is done. I’ve been down my whole life, and look at me now!