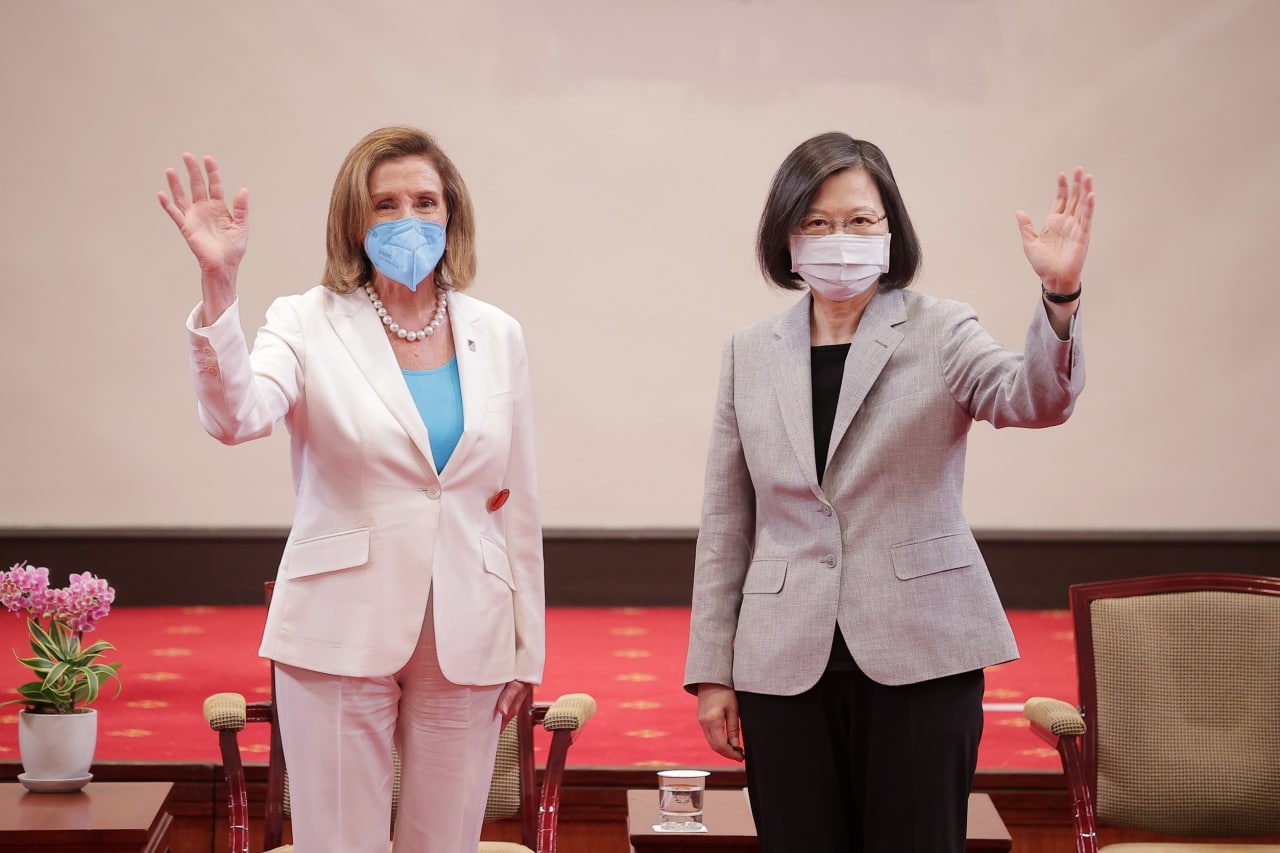 US House Speaker Nancy Pelosi has departed Taiwan after pledging solidarity and hailing its democracy, leaving a trail of Chinese anger over her brief visit to the self-ruled island Beijing claims as its own.

China demonstrated its outrage over the highest-level US visit to the island in 25 years with a burst of military activity in surrounding waters, summoning the US ambassador in Beijing and halting several agricultural imports from Taiwan.

Some of China’s planned military exercises were to take place within Taiwan’s 12 nautical mile sea and air territory, according to the island’s defence ministry, an unprecedented move a senior defence official described as “amounting to a sea and air blockade”.

Ms Pelosi arrived with a congressional delegation on her unannounced but closely watched visit late on Tuesday, August 2, local time, defying China’s repeated warnings, in what she said shows unwavering US commitment to Taiwan’s democracy.

Our delegation came to Taiwan to make unequivocally clear that we will not abandon Taiwan.

Now, more than ever, America’s solidarity with Taiwan is crucial, and that’s the message we are bringing here, today.

A long-time China critic, especially on human rights, Ms Pelosi met with a former Tiananmen activist, a Hong Kong bookseller who had been detained by Beijing, and a Taiwanese activist recently released by the Chinese.

Fury on the mainland over the 82-year-old Democrat’s defiance of Beijing was evident all over Chinese social media, with one blogger railing: “this old she-devil, she actually dares to come”.

The most recent US house speaker to visit Taiwan was Newt Gingrich, in 1997.

But Ms Pelosi’s visit comes amid sharply deteriorating Sino-US relations, and during the past quarter of a century, China has emerged as a far more powerful economic, military and geopolitical force.

China considers Taiwan part of its territory and has never counted out using force to bring it under its control.

The United States warned China against using the visit as a pretext for military action against Taiwan.

In retaliation, China’s customs department announced a suspension of imports of citrus fruits, chilled white striped hairtail, and frozen horse mackerel from Taiwan, while its commerce ministry banned the export of natural sand to the island.

While there was little sign of protest against US targets or consumer goods, there was a significant police presence outside the US consulate in Shanghai and what appeared to be more security than usual outside the embassy in Beijing.

Shortly after Ms Pelosi’s arrival, China’s military announced joint air and sea drills near Taiwan and test launches of conventional missiles in the sea east of the island, with state news agency Xinhua describing live-fire drills and other exercises around Taiwan from Thursday to Sunday.

China’s foreign ministry said Ms Pelosi’s visit seriously damages peace and stability in the Taiwan Strait, “has a severe impact on the political foundation of China-US relations, and seriously infringes upon China’s sovereignty and territorial integrity”.

Before Ms Pelosi’s arrival, Chinese warplanes buzzed the line dividing the Taiwan Strait. The military said it was on high alert and would launch “targeted military operations” in response to Ms Pelosi’s visit.

White House national security spokesman John Kirby said after Ms Pelosi’s arrival in Taiwan the United States “is not going to be intimidated” by China’s threats or bellicose rhetoric and that there is no reason her visit should precipitate a crisis or conflict.

Charly Boy Hints At Divorce After 45 Years Of Marriage