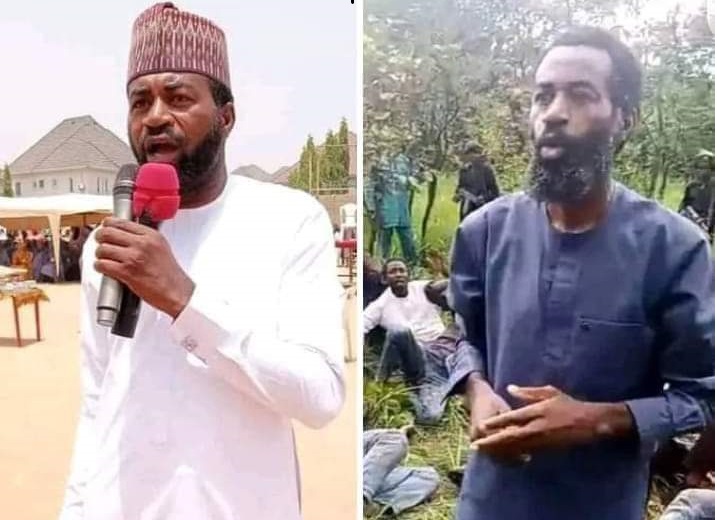 Hassan Usman, one of the abductees from the Abuja-Kaduna train who was freed after more than 100 days in captivity, has insisted that he is still a steadfast admirer of President Muhammadu Buhari.

A train attack on March 28 resulted in the kidnapping of several passengers, including Usman, a lawyer, and his wife Amina.

Hassan was one of the many victims who were seen in a popular video being tortured by the terrorists until he and two other hostages were freed on July 25.

In an exclusive interview with The ICIR in Kaduna, Usman spoke about his awful experience spending time in the kidnappers’ nest.

Because since we arrived that camp, we have been sleeping on bare ground for most of the time. Come rain, come sunshine, we have been there.

Mosquitoes and reptiles and snakes were biting us for a very long time. We have killed more than 10 snakes and some other reptiles like scorpions or what have you.

On Demands By Terrorists

He clarified that the terrorists said they targeted them as a form of protest over the government’s long-term detention of some of their members.

The terrorists, he said, had promised to release the other hostages as soon as their demands were met.

Hassan pointed out that the President has failed in the field of security, despite the fact that he still has his backing.

I am still a strong supporter of Buhari but in terms of security, I can score this government below average. Because one of their major responsibilities is to see that the lives and property of citizens are being guaranteed by the government.

But as it is now, I can say that the government has failed woefully in that area. Despite the huge resources allocated for security in Nigeria, there is nothing to write home about.

He called on government to secure the release of other victims in captivity noting that the terrorists are becoming more fierce the longer the victims are staying in their camp.