Level 2 Housemates emerged victorious in the wager presentation for week 3.

Also, on Monday, August 8, five housemates from the Trenches apartment are nominated for another possible elimination after they failed to win the Head of House challenge.

Despite the downtrodden commencement to the week, Level 2 housemates did well in their fashion exhibition on Friday night. 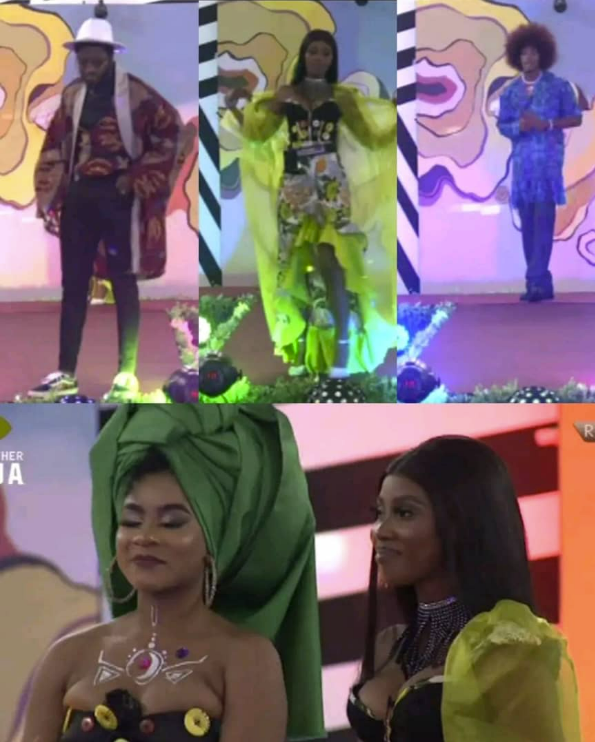 Biggie, the coordinator of the show, announced this upon completion of the challenge as he rewarded each housemate in the Trenches house 1,500 pocket naira, to be used to purchase their needs in the house.

According to Biggie, the housemates were assessed based on their level of creativity, innovation and quality of presentation.

The housemates from the two level houses were given African fabrics a week ago to individually make different African styles, using their bare hands with needle and thread, these attires were used for a fashion show.

At the end of the fashion show presentation, Biggie commended Hermes, Phyna, Allyson, Chichi and Modella for creating beautifully made attires.

25 housemates are currently bidding for the grand prize of N100 million.