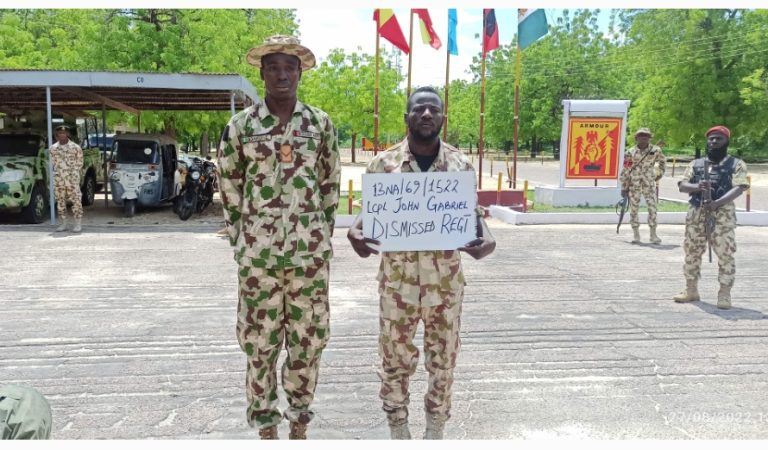 The Nigerian Army (NA) has clarified the two soldiers it dismissed from service, were tried in the Headquarters 241 Recce Battalion, Nguru in connection with the murder of an Islamic cleric, Sheik Goni Gashua Aisami in Yobe.

Nwachukwu said the soldiers were dismissed after facing trial at the Headquarters 241 Recce Battalion, Nguru on Saturday having been indicted in a report of a Board of Inquiry set up to investigate the unfortunate incident.

He said that both soldiers were charged and summarily tried for failure to perform military duties and conduct prejudice to service discipline.

The army spokesman said that the two soldiers were found guilty and awarded a reduction of rank from Lance Corporal to Private and Dismissed Regiments.

The two dismissed soldiers will be officially handed over to the Nigeria Police, Yobe Command in Damaturu for civil prosecution in the court of law.

Recall that the NA pledged to institute a Board of Inquiry to unravel the circumstances surrounding the incident and speedily bring the suspects to justice, if indicted.

Once more, the NA wishes to commiserate with the family of the victim and the good people of Yobe.

May the soul of the deceased rest in perfect peace.