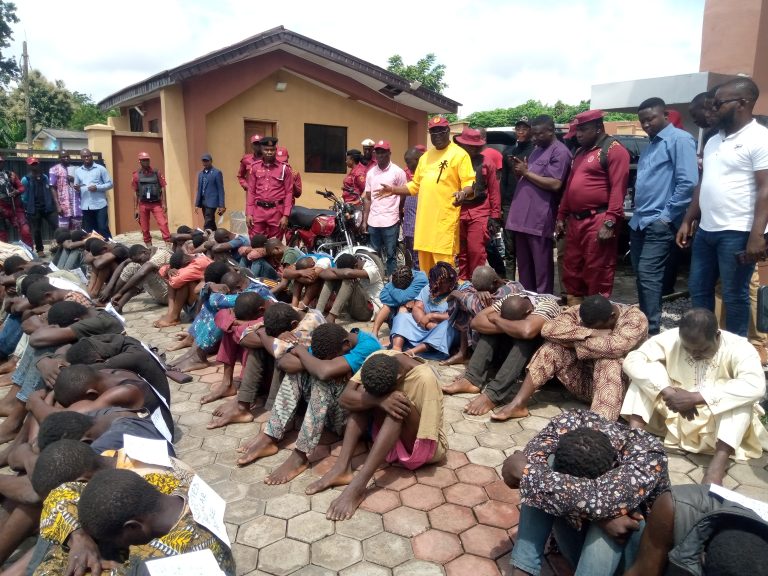 Amotekun Corps Commander, Akogun Adetunji Adeleye, while parading the suspects in Akure on Tuesday, August 2, said the corps would not relent on its efforts to rid the state of criminals.

Adeleye implored residents to join hands with security agencies to rid the state of criminals, saying the current slogan is “when you see something, say something.”

He stated that efforts were on to apprehend the gunmen that attacked a construction company in Owo last week.

A couple of weeks ago, we got to an enclave where some miscreants have encircled an area around Akoko; we busted them and arrested them.

Those occupying our forests illegally will be flushed out. Those who are in the forests for genuine business should get registered; we will flush others out.

This is sending signals to criminals that we remain resolute despite the pressure and zero tolerance to crimes in Ondo State.

All security agencies and vigilantes have been briefed of the influx of undesirable elements into the state. We are determined that once you are not here for peace; you are here for war.

We are working at apprehending the criminals that attacked the construction firm in Owo. Our Intel is showing us we are getting close to the people.

The mission was on the equipment and the management. These criminals are pressing home a demand from the construction firm. We are working to ensure it does not happen again.

The Amotekun Commander disclosed that 25 among the suspects would soon be arraigned as investigations on them have been concluded.

Okey Bakassi Explains Why Fixing Nigeria Is Important To Him