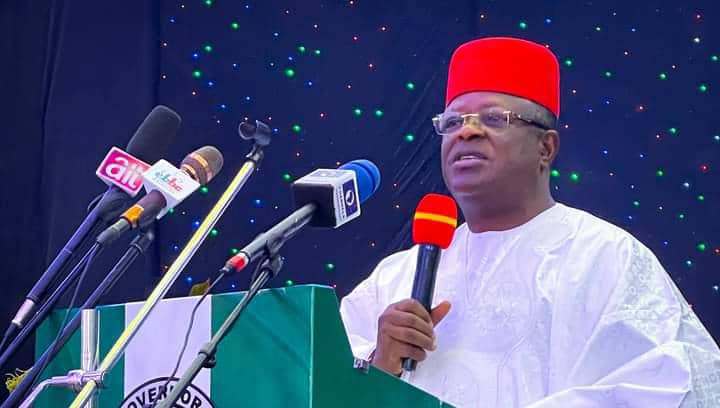 The court also recognized Mrs Ann Agom-Eze, who came second in the May 28 primary of the APC in the state and ordered INEC to conduct fresh primary within 14 days for the zone to accommodate Agom-Eze.

Umahi through his counsel, Roy Nweze, had dragged INEC to the Federal High Court, compeling the commission to recognize him as the authentic senatorial candidate for the zone.

Austin Umahi (the governor’s younger brother), a contender had withdrawn at the second primary election conducted on June 9, 2022, wherein the governor was reported to have won unopposed.

Justice Fatun Riman, in his judgement, noted that Umahi was not an aspirant and could not participate in the election or pre-election matters of the All Progressives Congress (APC) as regards the Ebonyi South zone, whose primary held on the May 28.

Riman said that according to Section 115 of the Electoral Act 2022, the governor neither procured forms for nor participated in the election and could not claim any right based on the primary election.

Yes, the court has ordered APC to conduct fresh primary to ratify the candidacy of our client, Ann Agom-Eze, who took the second position as governor’s younger brother has withdrawn.

The court has given 14 days from today, Friday to conduct a fresh primary for the zone.