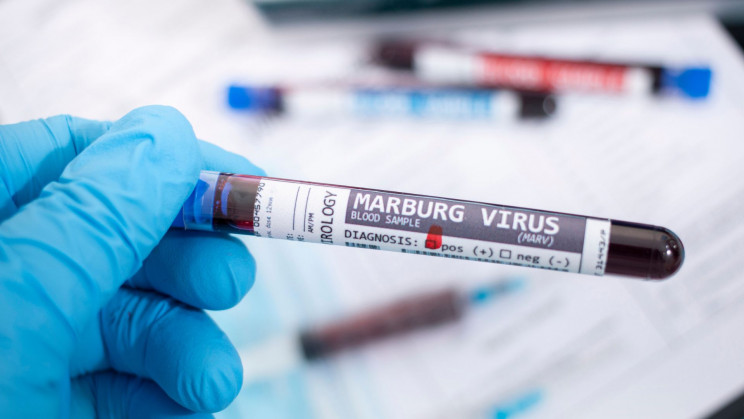 Following the confirmation of Ghana’s first outbreak of the extremely contagious Marburg virus, the Federal government has activated a red alert status for the Port Health Services of the Federal Ministry of Health at the country’s borders.

Medical professionals have warned that Nigeria was at high risk for the virus.

Two unrelated people died after testing positive for the virus on July 17, prompting the World Health Organization to declare an outbreak.

According to the WHO, the two patients from the southern Ashanti region experienced diarrhoea, fever, nausea, and vomiting.

Read Also: Monkeypox: Anambra In Collaboration With NCDC, WHO Over Unveiling Of diagnostic laboratory

There is no vaccine for Marburg, a highly contagious viral hemorrhagic fever that belongs to the same virus family as Ebola. However, supportive care, such as rehydrating with oral or intravenous fluids, and treating specific symptoms, can increase survival.

WHO explains that Marburg is transmitted to people from fruit bats and spreads among humans through direct contact with the bodily fluids of infected people, surfaces, and materials.

Only twice have cases of the illness been found in West Africa.

Five weeks after the first case was discovered, on September 16, 2021, the outbreak was proclaimed to be over, and Guinea confirmed one case.

Angola, the Democratic Republic of the Congo, Kenya, South Africa, and Uganda have all experienced previous Marburg outbreaks and isolated cases.

In an exclusive interview with The PUNCH on Tuesday, July 19, Dr. Ifedayo Adetifa, Director-General of the Nigeria Centre for Disease Control, stated that the nation is at moderate risk of contracting the illness.

Earlier today (Tuesday), we conducted a risk assessment, done by the NCDC experts and other partners in the country. Our assessment shows that we are at moderate risk. Of course, we don’t share direct risk with Ghana.

Unlike COVID-19, for you to transmit Marburg, you need to be sick, even if you can never say never. If you are that ill, you are unlikely to be on a plane because the port health services are on the general alert to identify people that are sick.

Port health is part of this intervention, not just for Marburg and even monkeypox. We are at alert, although not the same level as we have for COVID-19.

Where does the Marburg virus come from?

The virus was named after the small German town of Marburg, where it was first detected. In 1967, several laboratory employees in Marburg, Frankfurt and Belgrade, Serbia, were simultaneously infected with the virus from a monkey imported from Uganda.

Fruit bats likely serve as a natural reservoir for the Marburg virus, which is transmitted to monkeys or humans through contact with the animals or their body fluids. Eating infected wild animals can also lead to infection.

How is Marburg virus treated?

Infected people often have to be treated in isolated intensive care units due to the high risk of transmission.

So far, however, doctors can only treat the symptoms via infusions to prevent fluid loss, and electrolytes to replace blood salts and glucose to regulate the sugar balance.

Other medications can stabilize blood pressure, reduce fever or stop diarrhea or vomiting. In the event of heavy bleeding, the patient is given blood and coagulation factors.