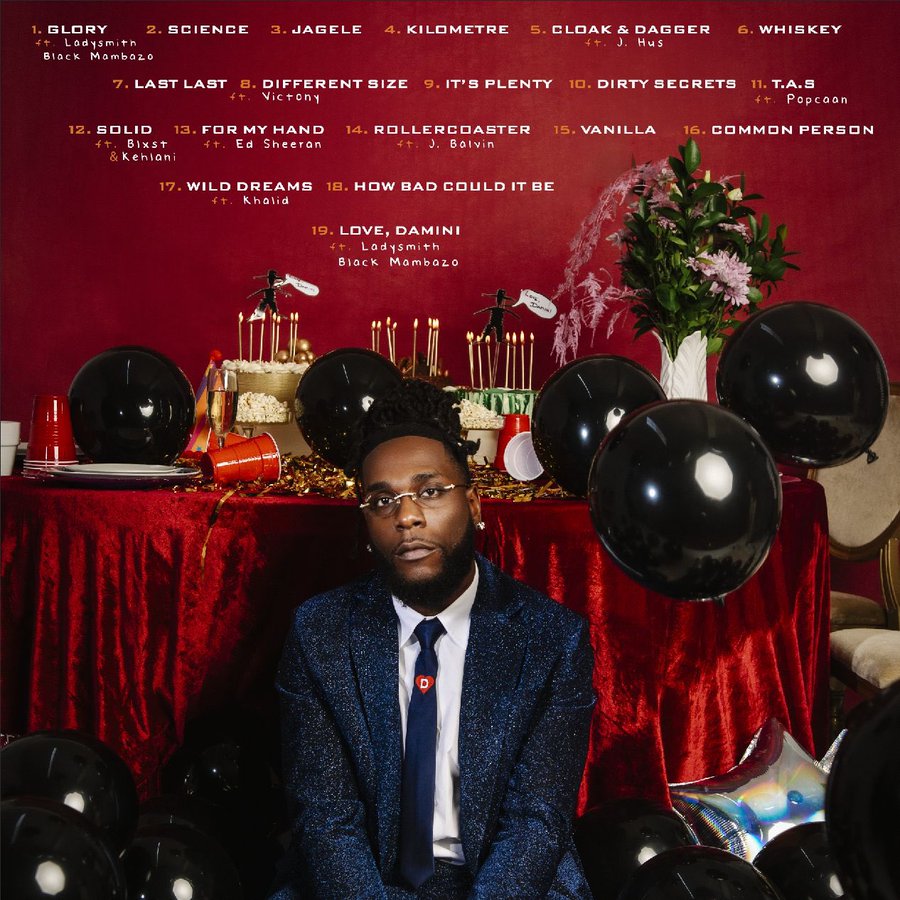 Clad in a tuxedo and eyeglasses, the album art depicts the artiste seated in front of a table riddled with celebratory cakes and balloons — ostensibly a pointer to a celebration of his musical journey.

Recall that MDB earlier reported that Burna Boy and security detail were accused of instigating fracas; at Cubana night club in Lagos state in the early hours of Thursday, June 8.

The lady rejecting his advances infuriated the musician, which led to a fracas and his security detail began to shoot indiscriminately at the club goers.