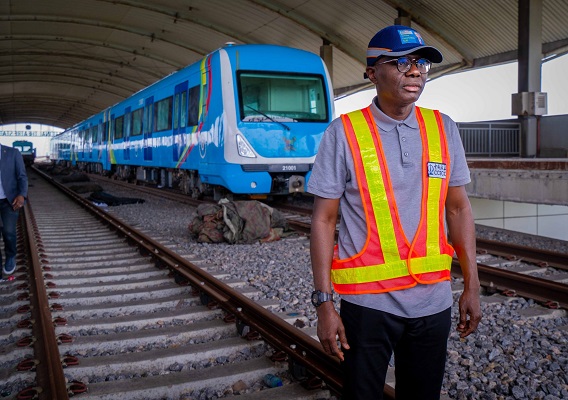 The Lagos State Government has begun payment of compensation to 800 people affected by the right of way of the 32km Lagos Rail Mass Transit (LRMT) Redline project in Ogun State.

Akinajo said that the beneficiaries comprised both tenants and property owners.

She said the compensation process was carried out jointly by officials of the Land Bureau of the Ogun State Government and the consultant to LAMATA, Messrs Global Impact and Environmental Service witnessed by officials of LAMATA.

Akinajo who was represented by the Technical Adviser, Corporate and Investment Planning, LAMATA, Mr Osa Konyeha, stressed the importance of the process which she described as one of the outputs of the Lagos Ogun Joint Development Commission.

Importance Of Commission Regarding Boundary Issues

She said that the commission was set up to ensure seamless development between Lagos and Ogun states, especially where there were cross-boundary issues.

The LAMATA boss stated that the Lagos state government was developing a number of transport schemes that would impact Ogun state, stating that one of such projects is the Red Line rail project which would have a station and depot in Agbado.

The Red Line has been forecasted to bring lots of economic and mobility benefits to Agbado and environs and shorten travel time between Agbado and Marina on Lagos Island by more than two hours, especially during the peak period of traffic.

Lagos and Ogun governments on July 24, signed a Memorandum of Understanding (MoU) granting Lagos access to acquire space for the construction of a train station and depot yard at Agbodo.

The MoU is a product of several high-level meetings between both states for the Red Line rail which is projected to move more than One million passengers daily when fully completed.

She further enumerated the importance of the project in creating employment opportunities for the local populace.

The Red line will also create employment for thousands of people apart from promoting real estate and improving the lifestyle of the people of both states.

I thanked the government of Ogun State for immense cooperation given Lagos State and its agency, LAMATA to work to beat the deadline for the completion of the railway project’s infrastructure ahead of passenger operation slated for the first quarter of 2023.

The Red Line is a 25km rail road from Agbado in Ogun state to Marina in Lagos. Its first phase from Agbado to Oyingbo is currently under construction and is due to commence passenger operations in the first quarter of 2023.