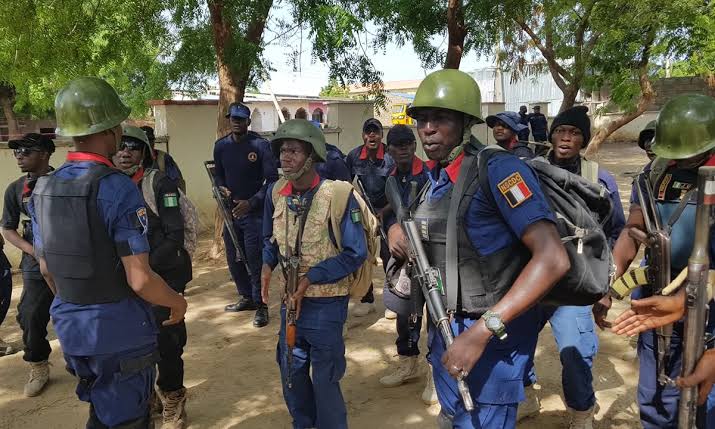 Katsina state, as well as Lagos and the Federal Capital Territory, have all been targeted in a premeditated attack, according to the Nigeria Security and Civil Defence Corps (NSCDC).

According to the NSCDC, the terrorist organisations Boko Haram and Islamic State for West Africa Province have organised their fighters and prepared themselves with lethal weapons like anti-aircraft guns and general-purpose machine guns among others in anticipation of an attack on the state from which the country’s president is originally from.

These were mentioned in a report that was released on Tuesday, July 26, according to the PUNCH, and was sent to all commands with the date July 25.

The report titled, “Re: Heightened plots by terrorists to stage coordinated attacks in parts of the country” was signed by the Deputy Commandant General Controller in charge of Operations, DD Mungadi.

We have received credible intelligence that Boko-Haram and the ISWAP terrorist groups have mobilised fighters and high calibre weapons particularly Rocket-propelled Grenade launchers, Anti-Aircraft guns, and General Purpose Machine Guns which they intend to deploy for the offensive in Katsina State.

The report also made mention of further bandit attacks in the states of Lagos, the Federal Capital Territory, Kaduna, and Zamfara.

The NSCDC Commandant General has instructed the state Commandants to set up precautions to stop the attacks, it was said.

“Consequently, the Commandant General has directed you to scale up deployment in all strategic places including Schools, Worship Centres, and Critical National Assets in your respective states, to checkmate any possible threats by these criminal elements. Please treat as urgent.

Georgina Onouha Opens Up On Relationship With Apostle Suleman