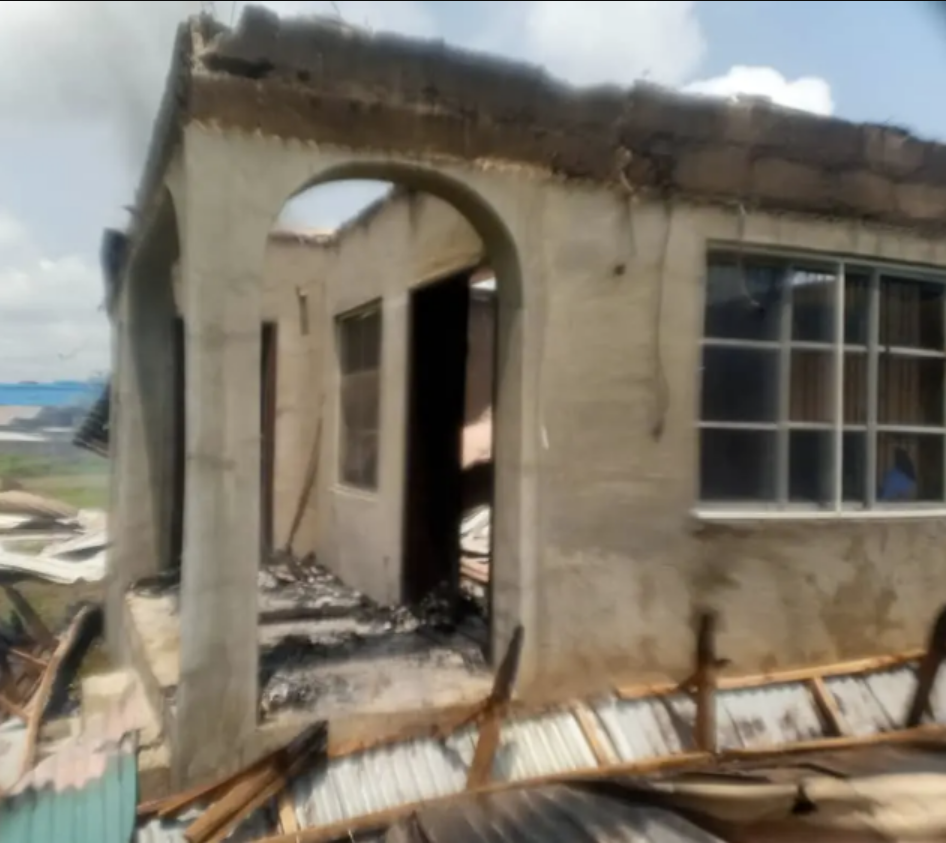 A man has set members of his family, including his wife and wife ablaze in Kwara State.

The man, said to be a resident of Eyenkorin Area of Ilorin, Kwara State, had a disagreement with his wife before he set fire to their house.

Following her refusal, the man sprayed the building with petrol on Sunday, July 3, and set it ablaze.

Men of the state fire service said that their timely intervention saved the building from total destruction.

The HOD, Media and Publicity of the Kwara State Fire Service, Hassan Adekunle, confirmed the incident.

He said a resident simply identified as Mr. Kola summoned the service over the incident.

Adekunle said the fire service was able to stop the fire and prevent it from escalating to other buildings in the neighborhood.

What we learnt was that the man and his wife had misunderstanding about two years ago before he relocated to another of his building; leaving the wife and children behind.

All attempts to settle the matter did not yield results and the move to also convince him to allow the wife and children live there since he had another house also failed.

According to the report, the man suddenly appeared on Sunday and sprayed the three bedrooms flat with petrol before setting it ablaze with the children inside, that his wife was frustrating him.

He said it took the intervention of the resident who reported the incident and others for the occupants to be rescued.