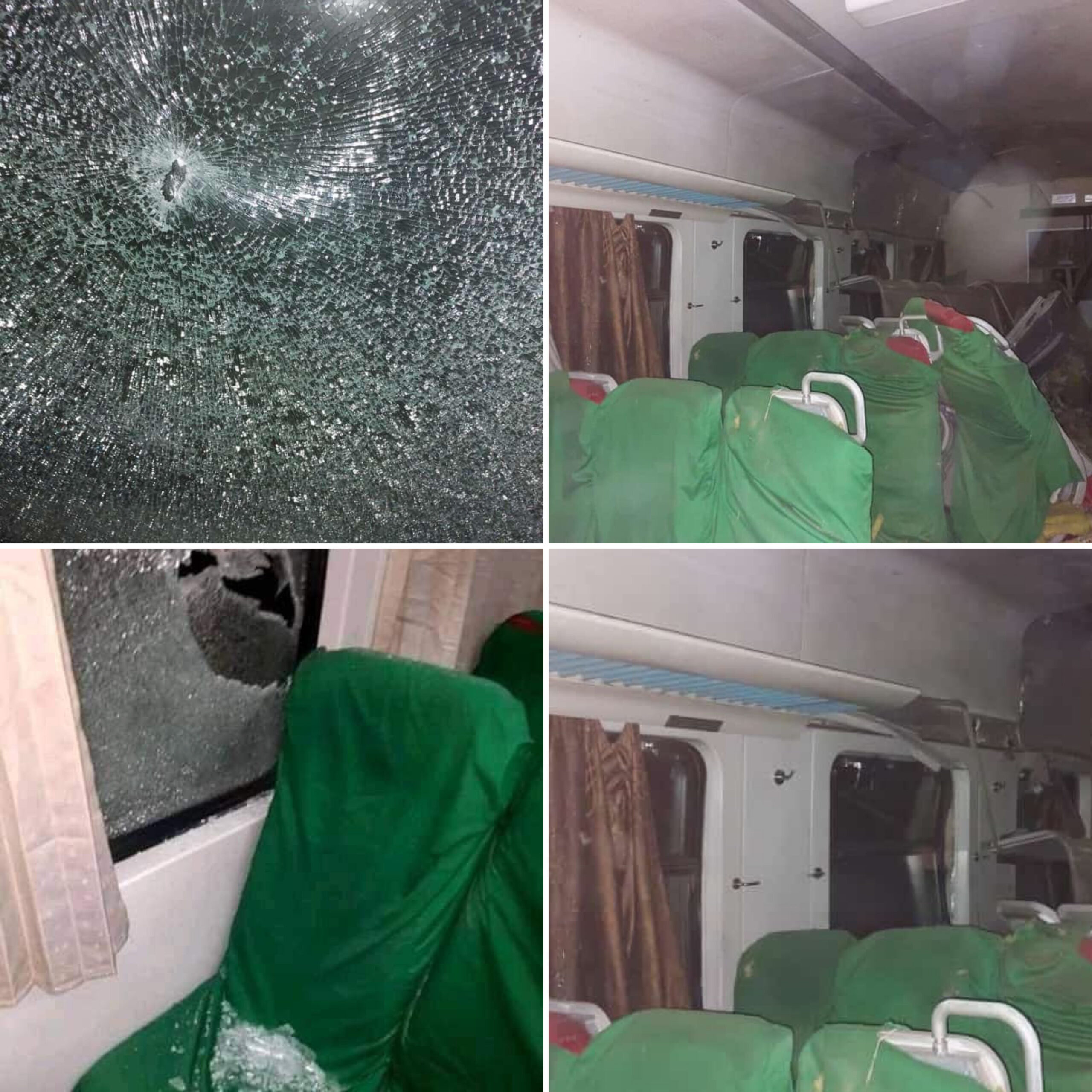 Another video showing the victims being flogged by terrorists was released by the kidnappers of the Kaduna-Abuja train passengers.

On March 28, the terrorists attacked the Abuja-Kaduna train, killing eight people and capturing 61 others.

Alwan Hassan, the managing director of the Bank of Agriculture, was the first to be freed after purportedly paying a ransom of N100 million on April 7.

Read Also: Wike: I Will Soon Reveal What Really Happened Within PDP

The terrorists freed 11 hostages 75 days after the incidents, which Tukur Mamu, the negotiator and media adviser to the Islamic cleric Sheikh Ahmad Gumi, described as having been accomplished “following a series of robust engagement with the terrorists and with the approval of the Federal Government.”

On July 9, however, seven of the hostages were allegedly freed after paying a N800 million ransom.

The release of their loved ones could be obtained by paying N100 million to the remaining 43 victims.

The male victims in the two minutes, 50 second video that went viral on Sunday were crying while the terrorists beat them.

The terrorists don’t intend to hold them captive for more than a week, according to one of the victims who is a male, barring the Federal Government’s tardiness in paying the necessary ransom.

As the Nigerian government showed no interest in freeing them, he also pleaded with the world community and the UN to come to their aid.

One of the terrorists in the video vowed to abduct President Muhammadu Buhari, Kaduna State Governor, Nasiru El-Rufai and other prominent Nigerians and destabilise the country if their demands were not met.

The terrorists also threatened to kill and sell off some of the remaining Kaduna-Abuja train passengers in their custody.

This is our message to the government of Nigeria and just as you have seen these people here, by God’s grace, you will see your leaders; your senators and governors will come before us. These ones you are seeing here, we will keep some as our slaves and sell them off just as our Imam told you in the past.

Just like the Chibok girls that were sold off, we will equally sell these ones as slaves. If you don’t adhere to our demands, we will kill the ones we need to kill and sell the remaining. By God’s grace, El-Rufai, Buhari, we will bring you here.