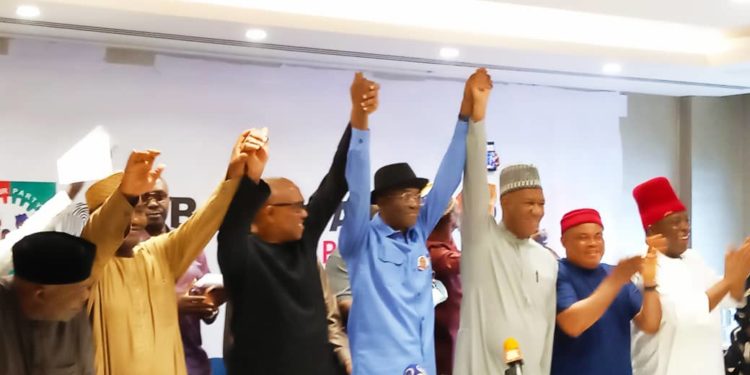 Peter Obi, the Labour Party Presidential candidate has revealed Yusuf Datti Baba-Ahmed as his running mate for the 2023 elections.

The unveiling took place on Friday morning, July 8, in Abuja.

Read Also: Peter Obi Claims His Opponents Are Paying People To Work Against Him

Obi said Baba-Ahmed was eminently qualified to bring his private sector and academic achievements to bear in the drive to rescue Nigeria from the primitive politics of ethnicity.

He further added that the party will anchor its manifesto on the 17 goals of Sustainable Development Goals (SDGs).

From the prominent Baba-Ahmed family of Zaria, Baba-Ahmed graduated from the University of Maiduguri.

After schooling, he worked in business and banking for several years before entering politics.

Baba-Ahmed was elected as House of Representatives member for Zaria in 2003; while in the position, he became known for speaking out against corruption and the Third Term Agenda.

After leaving office in 2007, Baba-Ahmed continued advocating for good governance while returning to his Baze business grouping and founding Baze University.

By 2011, he moved back to politics and successfully ran for Senator for Kaduna North; however, the electoral tribunal overturned his victory and he left office in 2012.