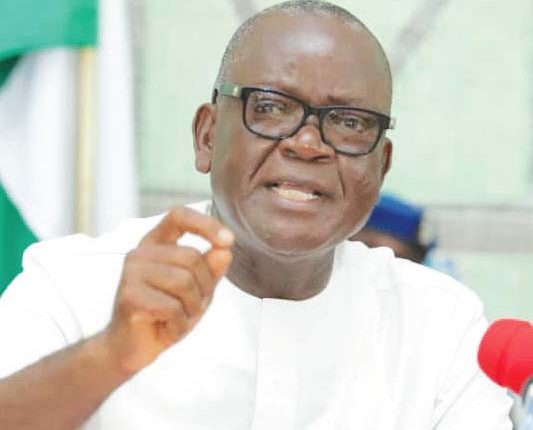 Benue State Governor, Samuel Ortom, has called on  the Federal Government to give full account of the $1bn security funds jointly put together by the 36 states of the federation to fight insurgency in the country.

Ortom stated this, on Tuesday, July 26, while addressing journalists at the Government House, Makurdi, shortly before the commencement of the State Security Council meeting.

Read Also: No Plan To Sack Our Members Of Staff — NNPC Reveals

The governor wondered what the Federal Government had done with the money that insecurity has continued to escalate in the country.

Ortom explained that he had mandated his deputy, Benson Abounu, who represented him at a virtual meeting of the Nigerian Governors Forum,to seek clarifications on the matter.

It is even more worrisome and unthinkable that terrorists will threaten to kidnap our President. If that happens, that means we have no country again.

While emphasising that the primary responsibility of any responsible government is to ensure safety of lives and property, the governor said the situation where innocent Nigerians are left at the mercy of terrorists was unacceptable.

We must not allow this to continue, it is very painful to see the country where it is today.

The governor affirmed that security issues should be the concern of all, noting that it should not be tailored along political lines as protection of lives and property of citizens ought to be prioritised.

2023 Election: Atiku’s Choice Of Okowa As His Running-Mate…

Ortom: Why We Celebrate Democracy Day Like Slaves In Nigeria