Insecurity: President Buhari Should Be Held For Infiltration Of Bandits- Afenifere Laments 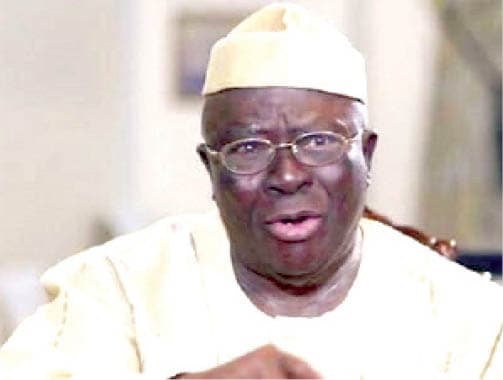 Pan-Yoruba socio-political organisation, Afenifere, has said that President Muhammadu Buhari should be held responsible for the infiltration of bandits into the nation’s landscape, even as it berated the president’s handlers for lying to Nigerians.

The organisation in a statement on Thursday signed by its National Publicity Secretary, Comrade Jare Ajayi, noted that the drama at the National Assembly on Wednesday where the President of the Senate, Ahmad Lawan, went against the decision taken during the closed-door meeting to discuss the security situation in the country with a notice of impeachment to be served on President Muhammadu Buhari, was unbecoming of a representative of the people.

By preventing senators from discussing the issue, was Lawan working towards putting an end to the menace or assisting it to fester?

According to Afenifere, the disclosures by two serving ministers after the Federal Executive Council (FEC) meeting on Wednesday buttressed how deceitful those around the president are.

Recall that the Minister of Information, Lai Muhammed, described the threat by terrorists to kidnap President Buhari and Governor el-Rufai as laughable while his counterpart in the Ministry of Finance, Zainab Ahmed, said that the Nigerian economy is doing very well, far better than the previous administrations.

This pointed to the fact that President Buhari is not always aware of the reality of the country’s situation, and also the disclosure by Governor el-Rufai of Kaduna State that President Muhammadu Buhari was not aware that terrorists threatened to kidnap both the president and himself until he (el-Rufai and Governor Bello Matawalle of Zamfara State) told him is worrisome.

As at 2015, when President Buhari took over, Nigeria’s inflation rate was a single digit of 9.01 percent, inflation today is 18.6 percent.

The GDP as of 2021 dropped to $440 billion while it has dropped even further now,” Afenifere said.

Blaming the Minister of Information for his comment in describing the threat of kidnap as laughable, Afenifere said:

Yet, the reality around us proved otherwise.

Programmes such as that of the Nigerian Law School in Abuja were shifted or adjusted. Unity schools were shut down.

Nassarawa State government ordered the closure of the entire schools in the state while Catholic Churchowned Veritas University was forced to send its people home because of the threat letter from kidnappers asking it to pay ransoms for its students and officials not to be kidnapped.

Officials of the Presidential Guards were reportedly attacked first on the way to Daura, President Buhari’s hometown and second in the Federal Capital Territory as confirmed by the Army authority.

Deputy Speaker of the House of Representatives, Idris Wase, on Wednesday, said that the Department of State Services (DSS) shared 44 intelligence reports before the attack on Kuje Prisons.

According to the organisation, Wase made the comment on the floor of the green chamber during plenary.

Earlier in the week, an NSCDC leaked memo indicated that Boko Haram and ISWAP terrorists were amassing dangerous weapons for massive attacks on Katsina, Lagos, FCT, Kaduna, and Zamfara states.

We don’t take the threats by the kidnappers, bandits and terrorists lightly, and with another deadly attack that happened in Owo, Ondo State, on Wednesday, barely seven weeks after the gruesome attack on St Francis Catholic Church in the same town, we in Afenifere, in strong terms, condemn this new attack as we did the previous time. It is seen as a provocation that can no longer be accepted.