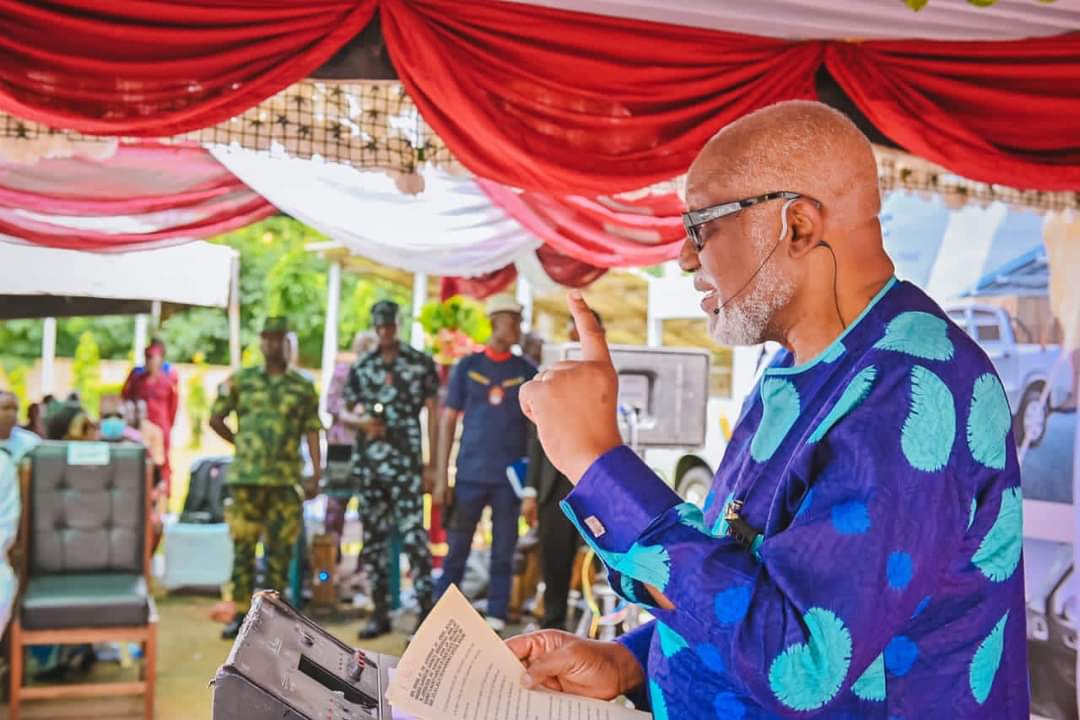 Ondo State Governor, Arakunrin Oluwarotimi Akeredolu,SAN, on Friday donated 50 fitted Patrol Vehicles to all the Security Agencies as part of the commitment of his administration to further strengthen the security of lives and property of the people in the State.

Governor Akeredolu handed-over the fitted Patrol Vehicles to heads of the Security Agencies in the State including the Nigerian Army; Nigeria Police; Nigeria Security and Civil Defence Corps; Department of State Services and the Amotekun Corps. 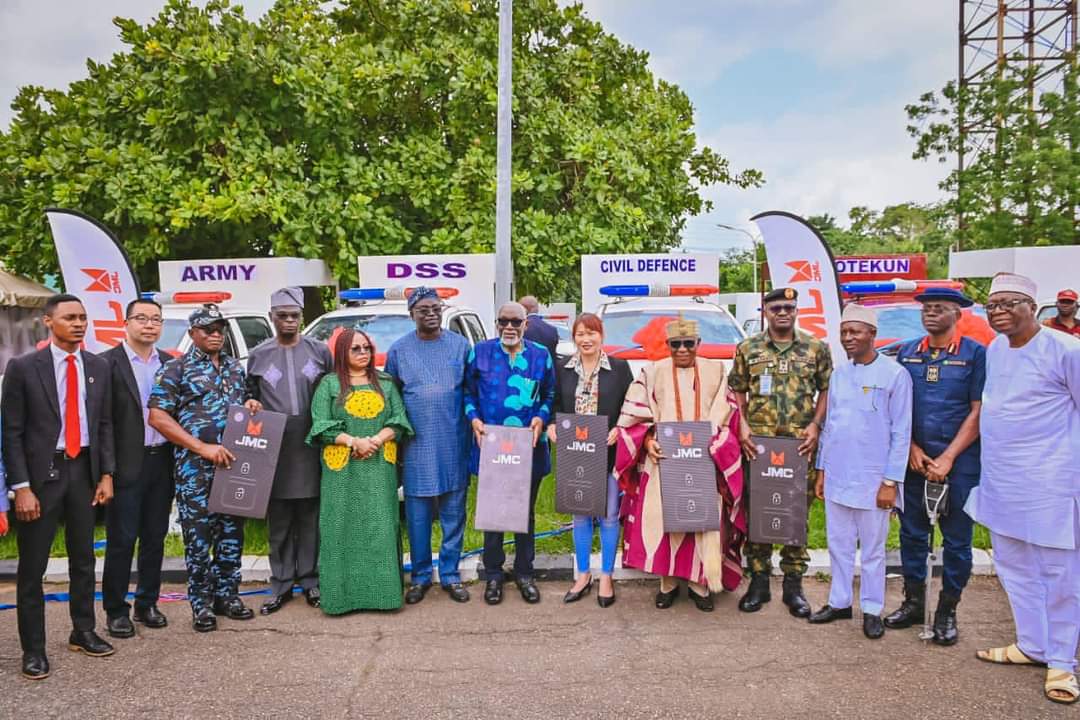 The vehicles were distributed at the Governor’s office, Alagbaka, Akure, the state capital.

The Governor noted that the commissioning and handing over of additional 50 Vehicles was a further demonstration of the commitment of his administration towards providing the needed support for all security agencies operating in the State.

Governor Akeredolu, who said his administration places Premium on the dignity of human lives, vowed to smoke out all criminals in the State from their hidings and make the State uncomfortable for them. 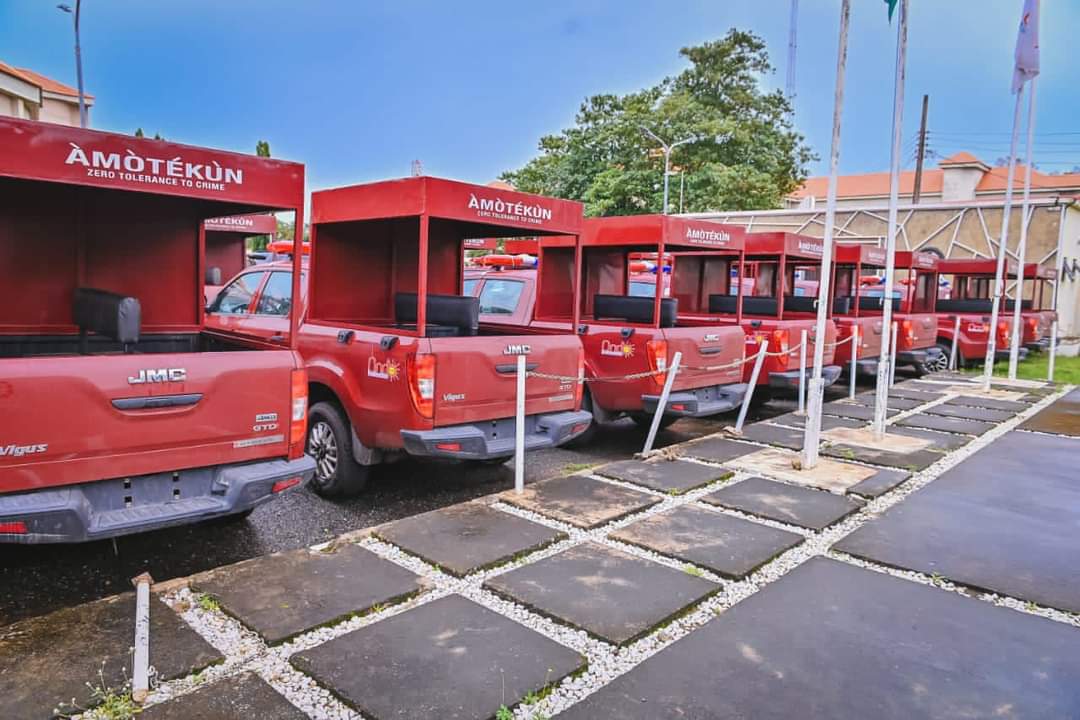 We still recall with trepidation the dastardly act of last month when some daredevil terrorists who have lost their souls to the devil launched an attack at the St. Francis Catholic Church, Owaluwa in the ancient city of Owo.

One of my promises then to the people of Ondo State was to do everything humanly possible to strengthen the capacity of our security agencies to be able to anticipate, prevent and combat a recurrence of such man’s inhumanity to mankind.

Today, it gives me great delight to commission and hand over additional security equipment particularly fitted Patrol Vehicles, to security agencies operating in the State towards boosting the capacity of our men in the line of duty of crime fighting so that our people can go about their businesses and livelihood without fear of molestation or attack.

In doing this, the agencies would be better equipped and strengthened to carry out their constitutional duties of protecting lives and property and combating acts of criminality in our dear State.

Let me emphasise that procurement and distribution of vehicles to security agencies have been a recurring exercise in our state since we came on board. We have done this for the umpteenth time. As a government, we are aware of the inadequacies of our security agencies and we are prepared, more than ever, to be supportive because it borders on the lives of our people who voted us into office.

I wish to reassure the good people of Ondo State of our avowed commitment to the constitutional responsibility of every government which is the security of lives and property and welfare of the people as enshrined in Section 14 of the 1999 Constitution (As Amended). This will remain our topmost priority.

Governor Akeredolu noted that the provision of the vehicles is in addition to other logistic supports which his administration has continued to render because of its conviction in the dignity of human life. 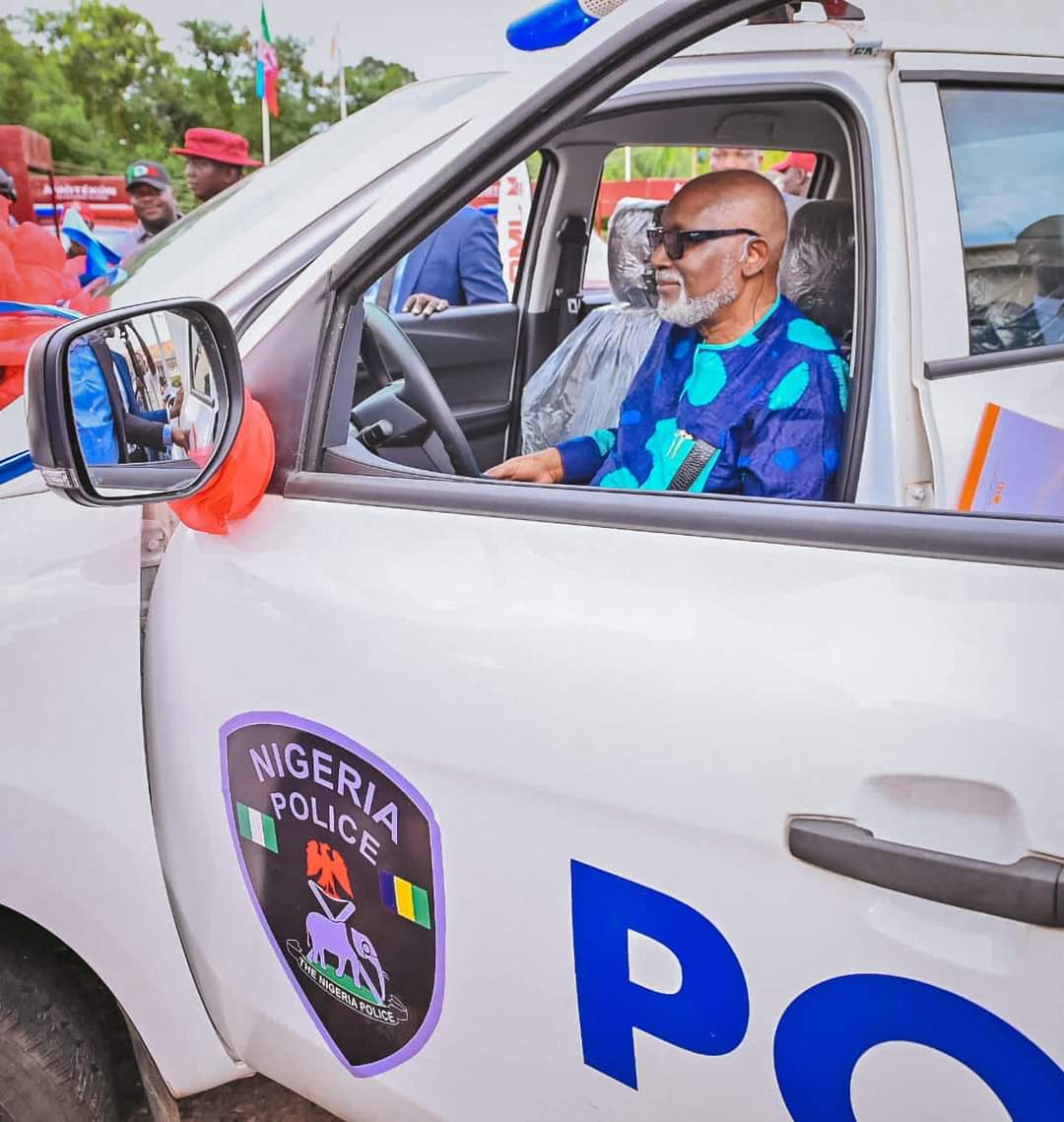 I, therefore, wish to inform naysayers that we are prepared to make Ondo State uncomfortable and too hot for any identified criminals to hibernate.

Therefore, these vehicles will be deployed to relevant security agencies in charge of internal security to enable them function more effectively and efficiently. Our Key Performance Indicator shall remain a Zero Tolerance to Crime of whatever dimension.

Governor Akeredolu commended the sustained cooperation among the security agencies in the State , which he said has culminated in a more peaceful environment and reduction in crime occurrences.

It is apposite to state that in spite of the occasional flashes of incidence of criminalities, Ondo State still remains one of the relatively peaceful states in Nigeria. I salute you all for your efforts in this regard.

In their separate goodwill messages, the Deji of Akure, Oba Aladetoyinbo Ogunlade Aladelusi, and the Vice Chairman of the Christian Association of Nigeria (CAN) in the State, Rt. Rev Daniel Ayodeji Akomolafe commended the Governor for his efforts at securing the lives and property of the people.

They called for the establishment of State Police and better empowerment for the Amotekun Corps to be able to bear arms so as to complement the efforts of the security agencies in fighting crimes. 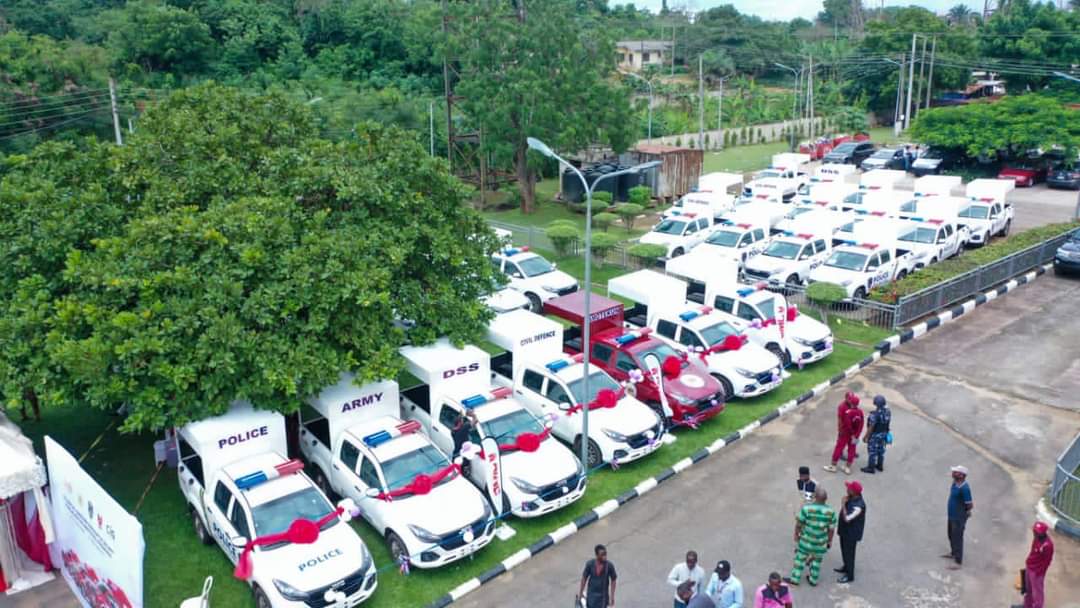 The Chairman of CIG motors, Chief Diana Chen, who condemned the June 5, Owo attack, commended Governor Akeredolu for his bold steps in securing the lives and property of the people.

Chief Chen said the CIG Motors is happy to partner with the Ondo State Government towards strengthening the State’s security.

She charged the people to support the Amotekun Corps and other security agencies in the State, saying “It is important for the people to come out and say we are not afraid.