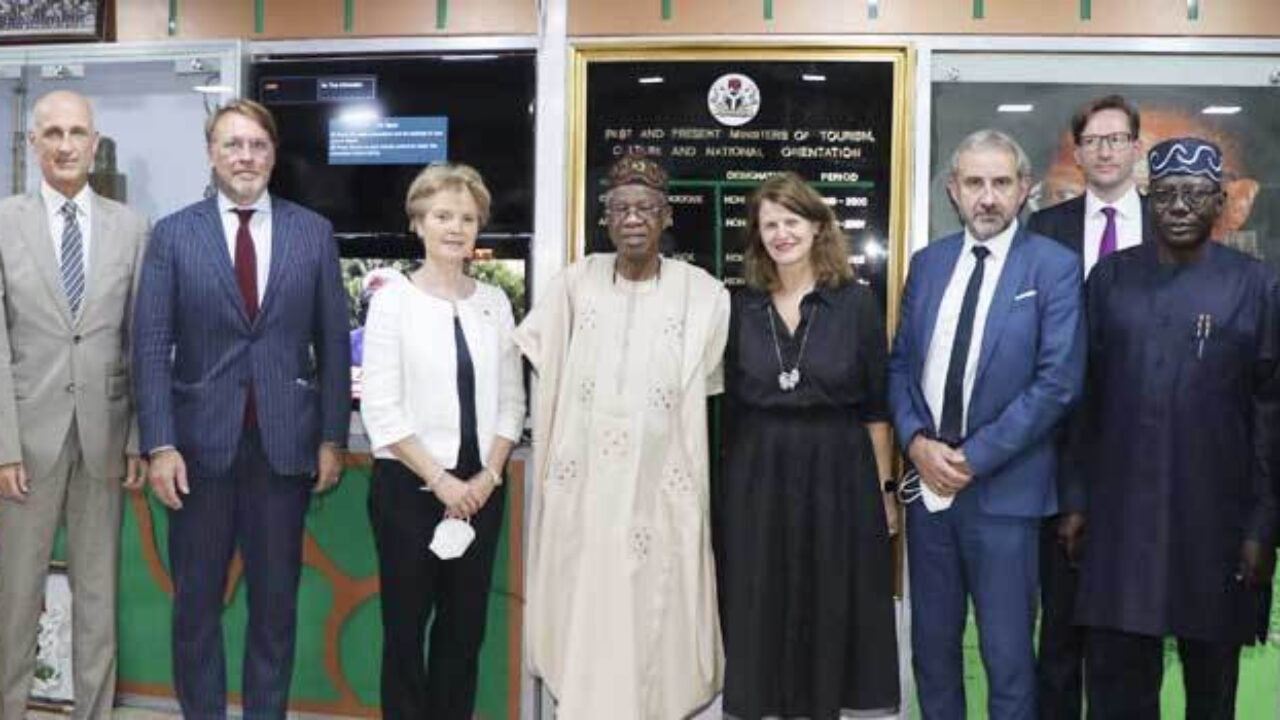 The Federal Government has stated that many of the 1,130 looted Benin Bronzes to be repatriated to Nigeria from Germany got to German public institutions via trade and donations

The Minister of Information and Culture, Alhaji Lai Mohammed said this on Friday, July 1, in Berlin during the signing of a historic joint declaration between Nigeria and Germany.

The signing of the joint declaration according to the minister, will pave the way for the return of the 1,130 Benin Bronzes to Nigeria.

A statement issued on the ceremony in Berlin made available to newsmen in Abuja, said that Mohammed, and the Minister of State for Foreign Affairs, Ambassador Zubairu Dada signed for Nigeria.

In the statement signed by Mr Segun Adeyemi, the Minister of Foreign Affairs of Germany, Ms Annalena Baerbock, and the Minister of State for Culture and Media, Ms. Claudia Roth, signed for Germany.

As contained in the statement, Mohammed said that Germany did not colonise Nigeria and was not part of the looting of the artefacts.

The minister recalled that the artefacts were looted from the ancient Benin Kingdom during the Benin Expedition of 1897 by the British force.

Mohammed thanked the government and people of Germany for what he described as the ”single largest repatriation of artefacts anywhere in the world”.

We also want to most sincerely thank the authorities of the various German regions, cities, museums and institutions that have been working in concert to ensure the manifestation of the history-making event that we are witnessing today.

By this singular action, Germany has taken the lead in correcting the wrongs of the past.

The minister said that Germany and the great people of the nation decided it was better to shape the future by correcting the ills of the past.

He said pace-setting action by the Federal Government of Germany would become a harbinger of more repatriation of cultural property to their place of origin.

According to Mohammed, other museums and institutions are expected to take a cue from what Germany has done.

Germany has gained more friends in Nigeria and all over the world by returning to Nigeria what rightfully belongs to it.

Also Speaking, the Minister of Foreign Affairs of Germany said;

Al-Mustapha Reveals ‘No Regrets’ At Working For Abacha