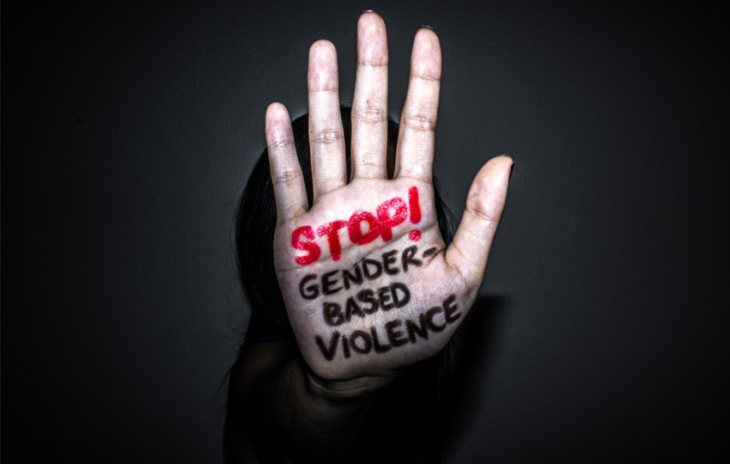 Official documents from the National Human Rights Commission (NHRC) have revealed Delta state as the top among the 36 states nationwide with the highest number of sexual and gender-based violence (SGBV) complaints.

Exclusively sourced by the International Centre for Investigative Reporting (The ICIR), the document from the NHRC showed a total of 104,280 Women and Gender Rights abuses complaints and 128,320 Sexual and Gender-Based Violence reports were received in 2020 by the commission.

Delta state tops the list with 14,735 cases of sexual and gender-based violence complaints and 11,346 women and gender rights complaints.

The report, which is the most recent from the commission, showed that there was a total of 1,287,750 human rights violation complaints received in 2020.

This figure is, however, 17,089 less than the total complaints received by the commission in 2019.

The reduction in the number of complaints, according to the NHRC, is attributed to the lockdown brought about by the pandemic, which may have reduced access for intending complainants. 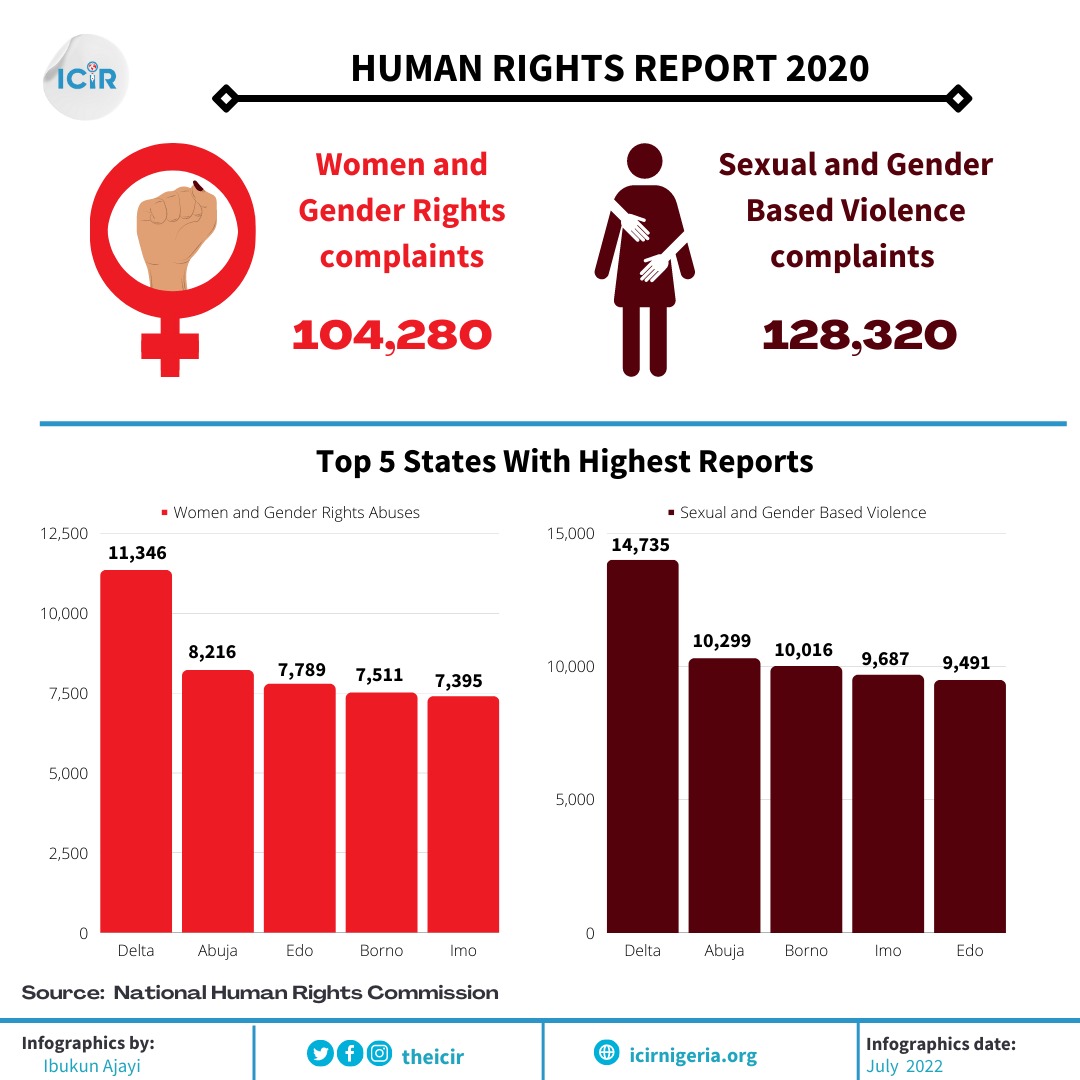 Cases of sexual and gender-based violence, women and gender rights abuses were at the peak during the pandemic year in 2020, which led to the declaration of state of emergency on SGBV.

According to a United Nations Women report, sexual and gender-based violence cases worsened during the Covid-19 pandemic lockdown.

The report titled ‘Measuring the shadow pandemic: Violence against women during COVID-19’ states that 45 per cent of women from the countries where the research was conducted, Nigeria inclusive, have been exposed to at least one form of violence directly or indirectly.

Although women suffered violence before the pandemic, there was however an increase in the number of women exposed to SGBV, the report showed.

Sisi Afrika, the Initiator of Feminists Inspiring Gender Unity, Respect and Equality (FIGURE), believes the increase in the incidences of SGBV is because pressure groups and individual activists have been tackling this societal menace from an individualistic point of view.

And what I mean by this is the fact that SGBV cases are treated separately as a single issue with initiatives like the sex offenders register without also addressing it holistically as a conglomeration of what patriarchy has defined our society to treat women as.

She added that for there to be justice, it will require going beyond locking perpetrators of SGBV behind bars. There would be a need to tackle the root causes as well as rehabilitate and re-educating the perpetrators before releasing them.