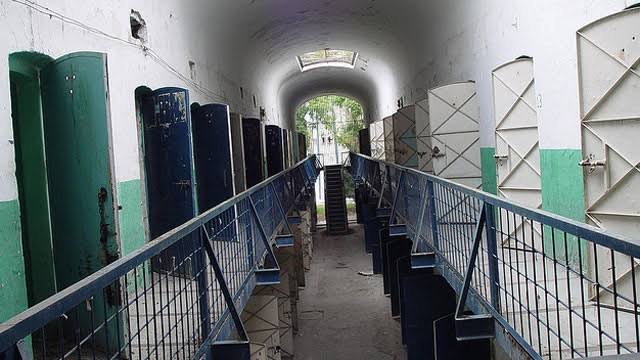 Federal Government through the Nigerian Correctional Service on Thursday, July 7, disclosed the upload and circulation of data pertaining to 60 terrorists and other criminals to the International Criminal Police Organisation database.

The terrorists and the other criminals were among those who escaped when a terrorist group, the Islamic State of West African Province , bombed the Kuje Correctional Centre on Tuesday night.

Umar Abubakar, the Spokesman, Nigeria Correctional Service, disclosed that the names, pictures and other data of the inmates have been circulated to other security agencies.

When asked if the Correctional Service has dispatched the data of the terrorists to Interpol, Abubakar said;

They are working on it; the ones they uploaded are not too clear to my liking and the management’s liking. Hopefully, they should be through tonight.

Yes, we have access to the (Interpol) database. Every inmate or suspect that is brought to our facility, we photograph him and have the details about him before it goes to our database.

They are trying to upload it and work on it so we can have the details of the offences committed and have the next-of-kin and take appropriate actions.

He further stated that the service is working with other security agencies in order to ensure the capture of the fleeing imates.

Yes, we have sent the list to other security agencies but the issue is that we want to upload the information with their pictures captured for easy identification by this night (Thursday) or earliest tomorrow morning (Friday); by 8am, we should be through.

In the wake of the attack, Atiku Abubakar, the Peoples Democratic Party’s (PDP) presidential candidate, on Wednesday, July 6, denounced the terrorist attack on the Kuje detention institution.

After being attacked on Tuesday night by terrorists believed to be Boko Haram members, inmates escaped the Kuje jail in the capital of Nigeria.

Former vice president Atiku responded by expressing concern that the hardcore offenders who escaped the facility may cause more security issues in the Federal Capital Territory, Abuja.

In a tweet, he alleged that because Nigerians were unable to “establish a regime of law and order in which the arrest and punishment of criminals will be made a priority,” the nation’s security has continued to worsen.

NAFDAC Workers Insist On Continuation Of Strike, Till Needs Are Met