The debut studio album of Nigerian recording artiste, Omah Lay should be played in a dark room with a cup of water to capture every teardrop that leaves your eyes. Boy Alone is a fascinating album that expresses the state of mind of a struggling Nigerian youth.

Heartbreak, loneliness, struggles with accepting one’s identity while losing it in the process; Boy Alone primarily discusses the themes that resonates with the average Nigerian youth. It is relatable and enjoyable, two of the major components that defines the willingness of listeners to embrace your art.

On the album, Omah Lay embodied the persona of a broken-hearted poet who understands that life is onerous, however, decides to maintain optimism through music.

Despite the delay of the album from Omah Lay‘s record labels, KeyQaad and Sire Records, the project still received positive comments from listeners.

In the meantime, Moji Delano would be discussing what makes Omah Lay‘s debut album stand apart from that of his contemporaries.

Garnering Momentum Prior To Boy Alone 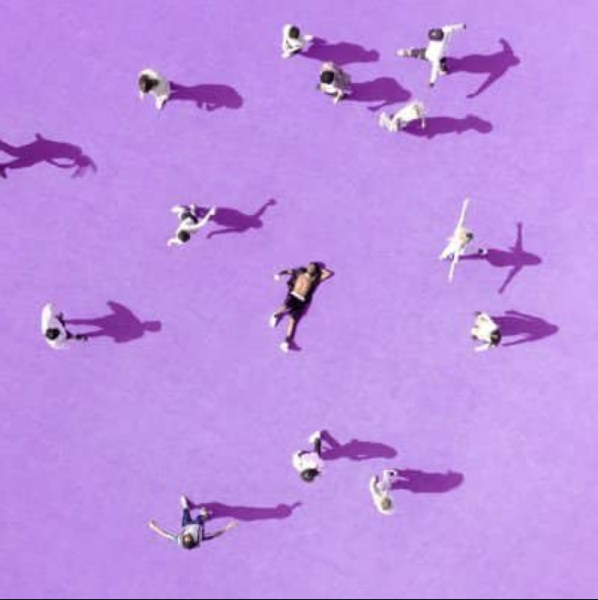 In May 2020, Omah Lay whose real name is Omah Stanley Didia released his 5-track extended play (EP), Get Layd on his 23rd birthday. The project garnered modest notoriety courtesy of the sensational singles, ‘Lolo‘ ‘Bad Influence’, and ‘Ye Ye‘, both songs introduced Nigerians to budding artiste who hails from Ikwerre, River state. His style was fresh, unique and kinky.

Gradually, Omah Lay made name for himself, not only as a singer but also as a music producer and songwriter, his exceptional skillset immediately made him one of the most sought after fledgling singers in the country. 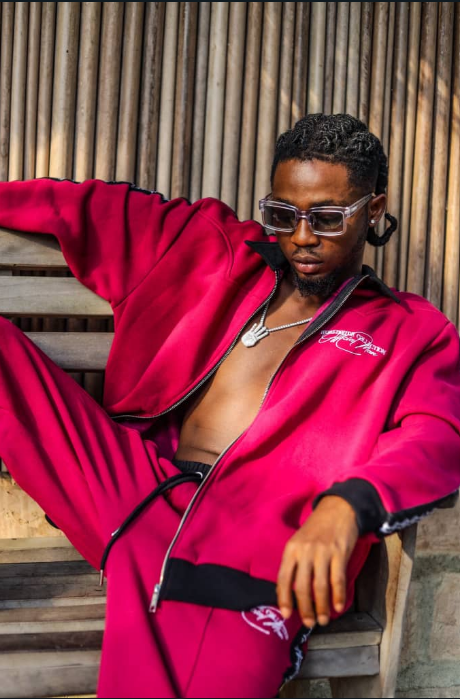 In November 2020, Omah Lay released a follow-up project to Get Layd. He released his second 5-track EP, What Have We Done. All 5 tracks reached the top 12 of the Apple Music charts for Nigeria, with “Godly” reaching number one.

Deservedly, the talented singer picked up the Next Rated award at the 2020 Headies Awards. This marked the commencement of Lay’s journey into an ethereal sphere.

The Other side Of Fame And Controversy In Uganda 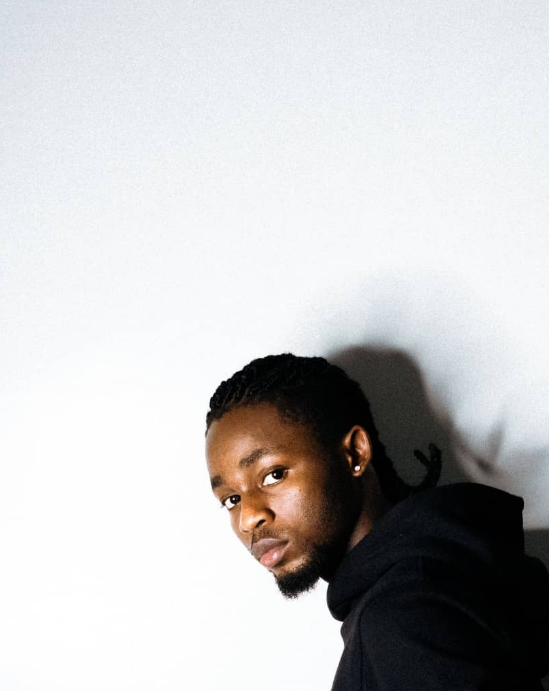 On 14, December 2020, Lay was arrested alongside Tems after they performed in a show in Uganda. This almost served as the beginning of the end of the two emerging recording artistes career at time.

The Ugandan Police authority identified violation of COVID-19 lockdown protocols as the reason for their arrests. The artists felt they were set up.

Two days later, the Ugandan government released the two, apologized for the arrests and cleared them of wrongdoing.

This marked a significant moment in the career of Omah Lay. The Port Harcourt musician took a brief hiatus from the music industry after the incident.

For most parts of 2021, Omah Lay released only three singles, the single, ‘Understand’ appeared on the album, Boy Alone. 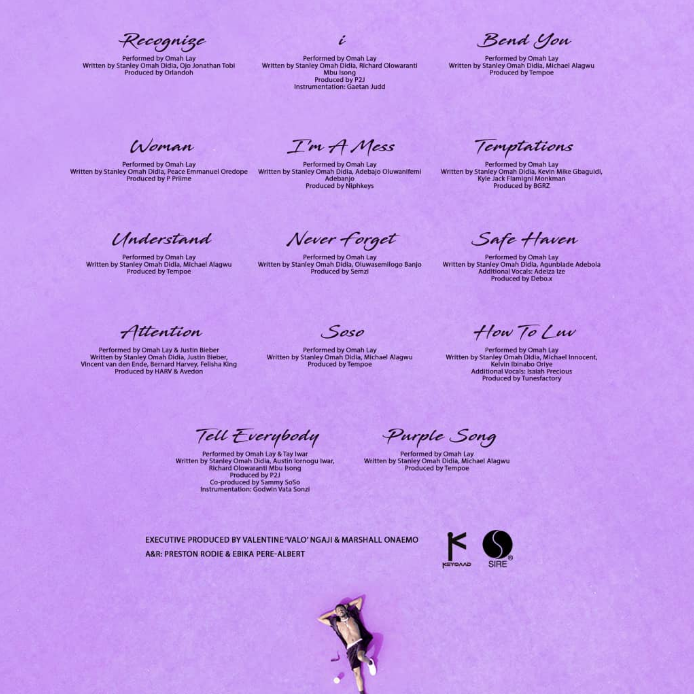 Days prior to the release of the album, Lay released a statement to prepare his listeners ahead of the project.

I’m thankful for finding my way to the music after a whole year of dealing with personal demons.

Maybe, I’ll share more on that when I’m ready.

I’m thankful for the blessings & experiences that have shaped my music since my debut.

Expectations of what, who & how I should be meant no room for the real me, but I’m growing & rediscovery myself. Being the best me is a must.

Lastly, I am thankful for your patience as I worked to make this album a reflection of my artistry, struggles, blessings & my journey so far.

The album opened with ‘Recognize‘, the 1:23 single saw Omah Lay speak about only real people recognizing the strength of a talented individual. He acknowledged his background and how he was able to make something of himself.

For track two, ‘I’, Omah Lay spoke about maintaining a positive mindset amidst trauma, stress, struggles and difficulties of trying to make name for oneself. The chorus to the track reads, ‘I cannot be nobody for life…‘, the single specifically served as a reminder for the recording artiste to remember his aims and objective which is to become successful and a noteworthy person.

On ‘Bend you‘, the pristine looking 25-year-old musician was speaking about his skillset “in the other room“. This particular single is similar to ‘ye ye ye‘ from his debut extended play, Get Layd.

Also, this is one of the most enjoyable tracks on the album. The catchy chorus and dreamy production would put even the most passive listener into delirium.

Still on the womanizing and lovemaking theme, ‘Woman‘ is about his relationship with his partner. The singer expressed his love and admiration for his lover. In atypical Omah Lay‘s manner, he spoke about engaging in sensual activities.

‘I’m A Mess‘ embodies the theme of Boy Alone.

The next track, ‘Temptation‘ is an extension of ‘I’m A Mess‘. The singer continued his narration about his battle with his demons and how his family members have been unable to contain him primarily because of his personal problems.

In 2021, Omah Lay suffered a major heartbreak after his girlfriend was seen with another man. This particular moment in his life inspired the song, ‘Understand’.

‘Understand‘ is about heartbreak and experiencing betrayal. The singer mentioned in the single that he ‘cannot understand‘ why someone whom he holds dear to his heart would choose to betray him.

Omah Lay added in the song that his now ex-partner had an affair with his bestfriend.

The eponymous title of the album, ‘Boy Alone‘ saw Omah Lay express himself in his native language.

‘Safe Haven‘ is most creative single on the album. Omah Lay experimented the Emo punk-style of music giving the song a unique sound and a different vibes from other songs on the album.

Lyrically, the two artists address the loneliness of a one-sided relationship and also wonder if they should use drugs and alcohol to ease the pain.

Similar to ‘Boy Alone‘, Omah Lay used his native language to discuss the theme of his music on ‘Soso‘.

The upbeat tune of ‘How To Luv‘ would see this particular single receive airplay primarily at night clubs, lounges and house parties. The ampiano sampling gives the song a different essence compared to the lyrics.

While the song is about healing, people would delving some acrobatic moves.

The album ended with ‘Purple song‘ which is the color for Boy Alone‘s album cover.

Omah Lay‘s debut studio album was very good, however, there is still enough room for improvement. Due to the ephemeral length of each song on the album, the project is enjoyable and easy to assimilate, there is no coercion or forced expressionism by the creative.

Omah Lay understands his audience and he made sure he spoke their language. Although, this project is personal to Omah Lay, it is still relatable and understandable, overall, that is the essence of music.

Wizkid Says ‘He Makes All Kind Of Music’…