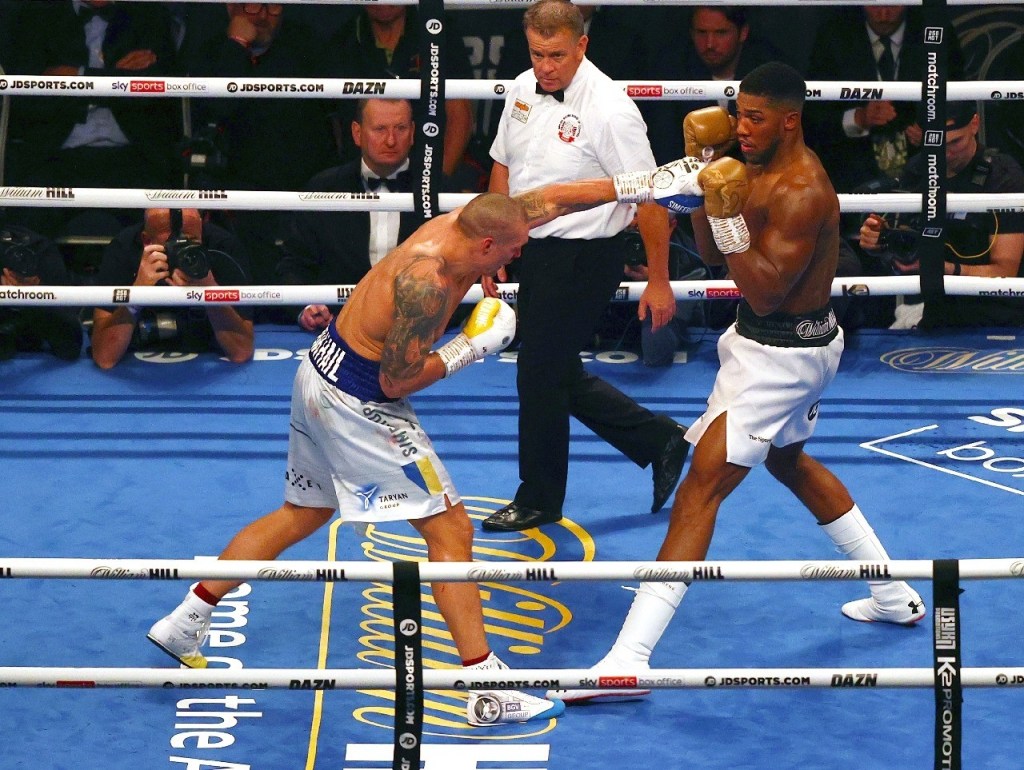 Former two-time heavyweight champion, Anthony Joshua has stated that he is determined to win back the Belts, adding that he is relying on his “Naija” power to defeat Oleksandr Usyk in a rematch on August 20 in Jeddah, Saudi-Arabia.

During an interview with Channels Sports in London on Friday, July 1, Joshua, who is a British-Nigerian boxer affirmed that it will be another difficult fight but he is determined to win back the belts he lost last year September to Usyk.

Read Also: Anthony Joshua Admits He Has ‘Learnt His Lesson’ After Being Defeated By Oleksandr Usyk

When asked if he will be going into the ring with his Naija power, Joshua responded;

100 percent. That’s what got me here so I’m not going to get rid of it now. We are going to take it all the way.

It should be recalled that on September 25th 2021, Usyk put on an incredible show in front of 65,000 fans inside Tottenham Hotspur Stadium, outclassing Joshua over 12 rounds and that made the Ukrainian the new unified heavyweight world champion. He left the stadium with the WBA (Super), IBF, WBO, and IBO titles.

I’m very happy to have my opportunity to have a fight in Saudi Arabia – it opens some new horizons. I love to travel the world. Everything I do in my life, the way I live, the way I fight is enjoyment. I’m not fighting for money or recognition. I don’t want to become a great, I’m just doing my job now and will continue to do so while my heart is beating.

I’m focused on the goal, God willing, I will perform, and I will become three-time Heavyweight champion of the world. With Andy Ruiz, I think a lot of people can see before the fight things weren’t 100%. You’ve got to be strong, thick skinned; we take our loss like a man. When I win, I keep moving and I thank everybody. When you lose, you have to stay humble as well as in defeat. We kept it moving and I knew I could come back again and do what I have to do.

It has also been announced that Anthony Joshua and Oleksandr Usyk will receive a split 50:50 share of the purse for this fight. the world title fight will have an impressive $80m (£65.4m) sum paid by the host country for the rematch.

According to Usyk, he is not fighting for the money. Meanwhile, Joshua’s eyes are fixed on the titles he lost last year and also get back his respect.

Anthony Joshua Admits He Has ‘Learnt His Lesson’ After Being…