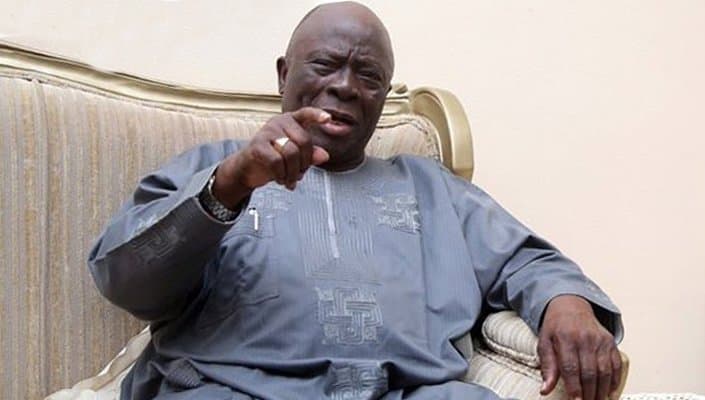 Reacting to the planned attack by terrorists and bandits in Zamfara, Kano and Lagos States and the Federal Capital Territory, FCT, the Afenifere leader lamented the Federal Government has failed in securing Nigerians.

My reaction to the alarm is that it has shown the inability of the Buhari government to protect lives and properties. I have said it severally that this government should have left the place for an interim government to take over to tackle our security challenges and conduct a new election. If we don’t do that, the whole country will be finished before Buhari leaves office. I am not surprised but, unfortunately, Nigerians are incapable of defending themselves.

The terrorists are now bold enough to threaten our Commander in Chief, they have attacked our military guard, attacked our defence academy, attacked strategic places and they have told us that their target is Aso Rock. They know our government is incapable of taking out the terrorists and protecting people. I have said that before that no one can come and help us except the international community comes to our aid.

2023 Election: CAN Accuses APC Of Being Desperate For Power

Ensure All Machineries Are Ready For Smooth Conduct Of 2023…