Nigerian actor, Uche Maduagwu has revealed that he regrets leaving his music career behind to focus on acting.

On Tuesday morning, the actor shared a throwback video from 2012. The single was titled, ‘Ping Me‘.

In the music video, Maduagwu was seen attempting to woo a young lady for an affair.

ALSO READ: Uche Maduagwu Says Funke Akindele Not Fit To Be A Leader

It was released at a time when most people used BlackBerry phones and communicated via BB messenger.

Sharing the video, he wrote: “My biggest regret was leaving music in 2012 to pursue business abroad.”

“Today, I am the most talked about actor in Africa but music still dey my body,” the actor wrote on Instagram.

In other news, former Big Brother Naija housemate, Lucy Edet has explained that she has found it difficult to enter into a relationship.

Describing the act of dating as scary, Lucy said it is hard to date because she finds it difficult to know if her date is only interested in her in order to become famous too or he is dating her to drag her down.

The fan asked, “How are you doing Lucy, like how is like having people in your business all the time?”

She responded, “The price of fame! The most annoying of it being that dating someone is harder! You don’t know who is just coming to het famous or drag you down. Crazy Sh!t”

Read the conversation below. 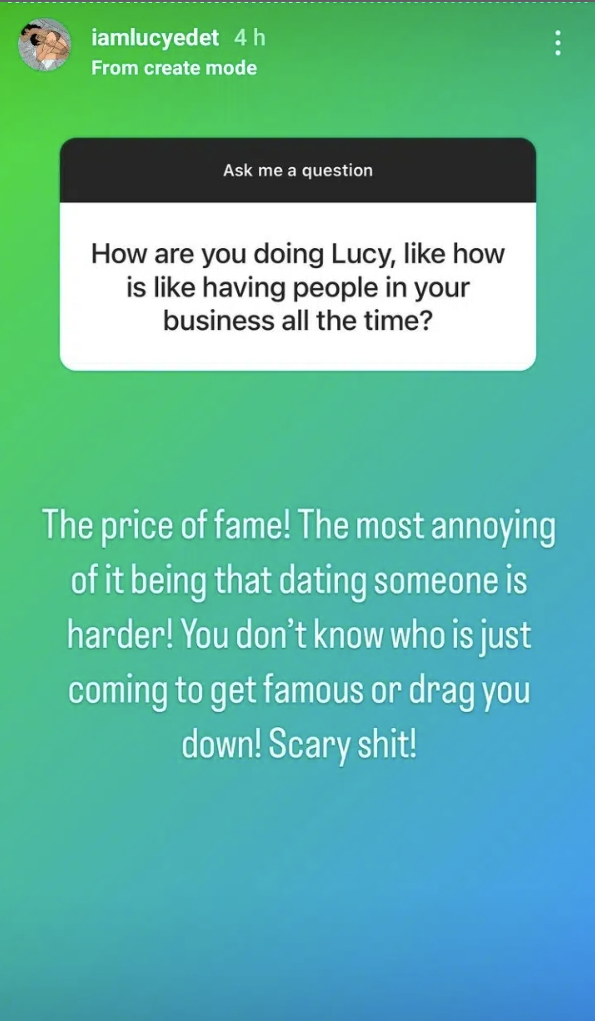 Yul Edochie Slams Uche Maduagwu For Advising Him On Marital…

Uche Maduagwu Says Funke Akindele Not Fit To Be A Leader

Actor Uche Maduagwu Claims He Was Arrested For Coming Out As…