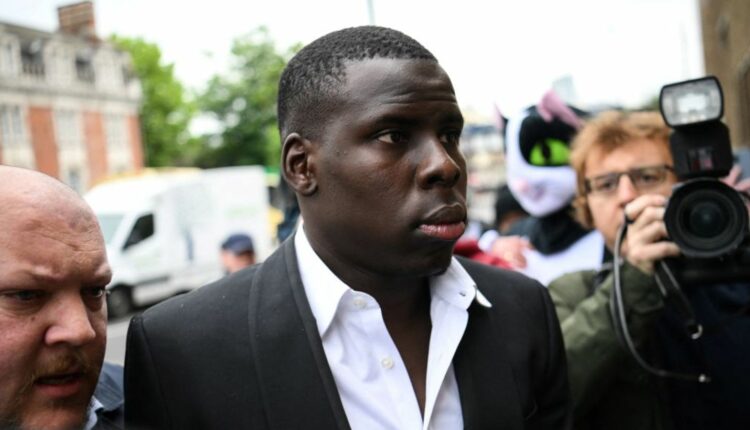 Kurt Zouma has been sentenced to 180 hours of community service, on Wednesday, June 1, after pleading guilty to kicking and slapping a cat.

The West Ham defender was given a 12-month community order as well as a five-year ban on owning animals. He was ordered to pay court costs of approximately £9,000 (about N4.7 million).

In February, disturbing footage of the incident was released, which was taken at Zouma’s home and shared on Snapchat by his brother, Yoan.

Zouma, 27, accepted two counts of causing needless suffering to a protected animal by kicking it in the abdomen and smacking it on the head, during proceedings at Thames Magistrates’ Court last week.

In the video, he kicked the Bengal cat across his kitchen before slapping its head with a pair of shoes.

His younger brother, 24, later sent the video to a woman he was messaging, who alerted authorities. He has been sentenced to 140 hours of community service.

The 40-second tape seems to have been recorded after the cats were blamed for ruining a chair, according to Ms Stevens.

Kurt Zouma is determined to chastise or carry out some sort of retribution for the damage caused.

West Ham United can confirm that Kurt Zouma has been handed a community service order following an investigation by the RSPCA.

West Ham United wishes to make clear that we condemn in the strongest terms any form of animal abuse or cruelty. This type of behaviour is unacceptable and is not in line with the values of the football club.

Within 48 hours of the footage emerging, we fined Kurt the maximum available to the club.

Every single penny of this money is now with a number of deserving charities, all dedicated to animal welfare.

Kurt admitted at the earliest opportunity that what he did was wrong. He has apologised without reservation.

We hope that now the court has reached its decision, everyone will allow Kurt the chance to learn from his mistake and move on.