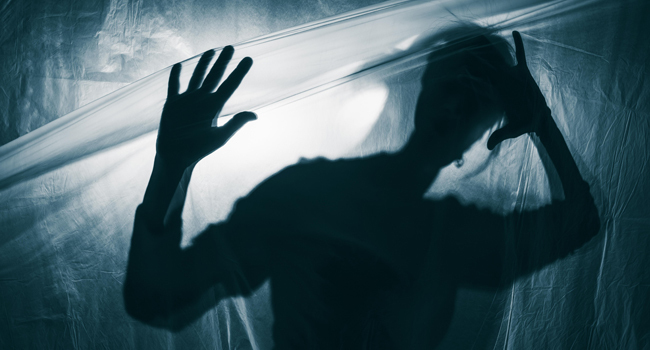 A young man has on Wednesday June 1 cheated death after being saved from suicide attempt at Lekki-Ikoyi link bridge in Lagos State.

A viral video on social media showed patrol officers of the Lekki Concession Company and other bystanders preventing the man from taking the leap off the bridge.

The patrol officers were seen trying to motivate the apparently inconsolable man after which he was handed over to law enforcement officials.

Lekki Concession Company via its twitter page @LCCTollRoad shared the video of the suicide attempt incident.

@LCCTollRoad: Thanks to the quick intervention of LCC Patrol Officers, a young man was saved from commiting Suicide on Lekki-Ikoyi Link Bridge. He has been handed over to the Police. @Gidi_Traffic pic.twitter.com/rjdIuEnjH3

Suicides, especially in public spaces, have become rampant of late with the popular case of 21-year-old Odunare Olalekan in December 2021, who was caught on video perching on the rails of Berger Bridge in Epe, Lagos for several minutes before jumping to his death in the Lagos Lagoon.

According to Section 327 of the Criminal Code Act, attempted suicide is a crime in Nigeria and is punishable by one year in prison.

Any person who attempts to kill himself is guilty of a misdemeanour, and is liable to imprisonment for one year.

Similarly, section 231 of the panel code (applicable to northern Nigeria) puts forth:

Whoever attempts to commit suicide and does any act towards the commission of such offence, shall be punished with imprisonment for a term which may extend to one year or with fine or with both.

Despite its treatment as a crime, several have scorned this move calling for it to be discarded.

Last year, a bill seeking to provide compulsory counselling and community service for a period not less than six months for persons who attempt suicide passed second reading at the House of Representatives.

The private member bill sponsored by Hon. Francis Waive sort to amend the ‘decriminalise suicide and provide for a more rational punishment for the offence of attempted suicide and for related matters.’

Hon. Waive maintained that suicidal people are in need of effective treatments, counselling and assistance not punishment.

He also argued that penalizing attempted suicide was hardly a prevention method instead the law should direct the appropriate authorities to assist the traumatized attempters.