Supreme Court Endorses Use Of Hijab In Lagos Schools 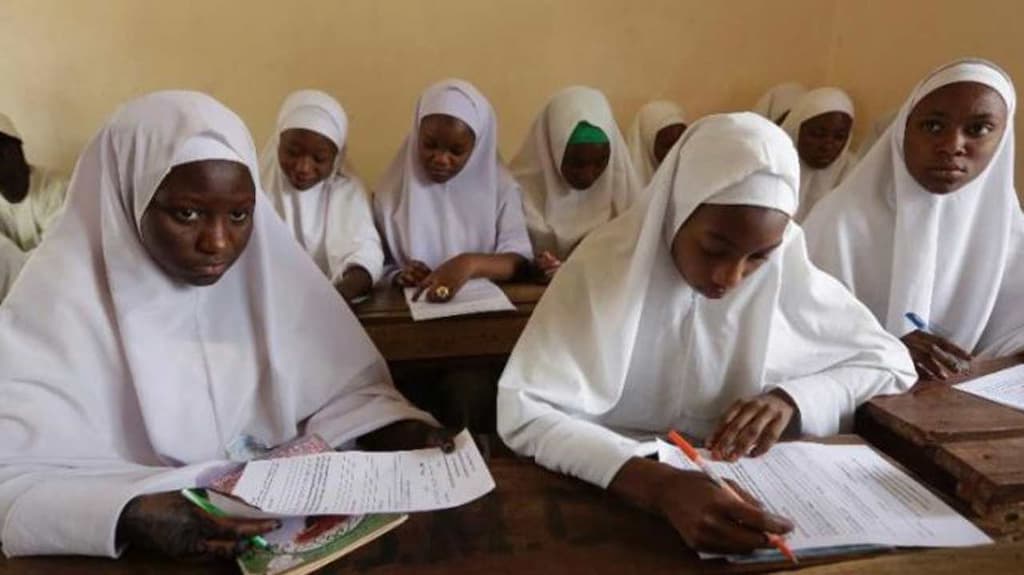 Supreme Court has approved that Muslim female students in Lagos state wear hijab to school without harassment or discrimination.

In a majority decision, Nigeria’s apex court gave the ruling on Friday, June 17 in Abuja, stating that Muslim female students can now wear hijab to school without harassment or discrimination.

Delivering judgment, five out of a seven-member panel of the apex court held that banning the use of hijab is discriminatory.

In October 2014, a Lagos high court ruled on prohibiting the wearing of hijabs in schools, a decision that was overturned by an appellate court in July 2016.

A five-man special appellate court panel, presided by Justice A.B. Gumel, had on July 21, 2016, overruled the October 17, 2014 judgment of Justice Modupe Onyeabo of the Lagos State High Court in Ikeja, which banned the use of hijab in public primary and secondary schools in Lagos State.

In an unanimous judgment, the appeal court noted that the ban was discriminatory against Muslim pupils in Lagos state.

Dissatisfied with the appellate court’s judgment, the state government took the case to the supreme court.

The Lagos State Government in February 2017, approached the Supreme Court to challenge the July 21, 2016 judgment of the Court of Appeal, which reinstated the use of hijab by Muslim pupils in Lagos public primary and secondary schools.

The case, CA/L/135/15, is between the Lagos State Government, Miss Asiyat AbdulKareem (through her father), Miss Moriam Oyeniyi and the Muslim Students’ Society of Nigeria.
Subsequently, a ban was placed on the use of hijab in August 2018.
Read Also: Many Injured As Protest Breaks Out Over Use Of Hijab In Kwara School (Graphic Photos)
However, while striking down Justice’s Onyeabo’s verdict, the Justice Gumel panel held that the ban on hijab was discriminatory against Muslim pupils in the state.
The panel upheld the Muslim students’ contention that the ban violated their rights to freedom of thought, conscience, religion, dignity of human persons and freedom from discrimination guaranteed by the 1999 Constitution.
Justice Gumel also held that wearing the hijab was an Islamic injunction and an act of worship required of Muslims.
He said the use of hijab by Muslim pupils could not cause disunity, distraction and discrimination against students of other faiths as declared by the lower court judge.
HijabLagos stateSupreme Court
0
Share FacebookTwitterGoogle+ReddItWhatsAppPinterestEmail

Asake Acknowledges Olamide For Co-Writing New Single, ‘Peace Be Unto You’