This was gathered during the early hours of today, Friday, June 24.

According to reports gathered, Emmanuel took his life at his residence in Abuja.

The photographer also left a two-page note before he committed suicide. In the note, he spoke about his struggles.

“I’m really fight some battles that I can’t even tell anyone. I wish I could open up to people close to me.”

He added that the issue he is facing is “winning the battle over me.”

He went on to advise people to check on their “strong” friends.

“I have lost my connection to God. The devil seems to have won and that is OK. I blame no one for this,” he added.

I’m strong but not enough.

In fact, I haven’t felt enough for a while…

But I say all this to say, I’m done fighting.

My battle is over.

And I pray everyone finds peace in that.

I have tried for a long time but it’s over now.

Drops of tears smudged the ink in some parts of the note and this made some of his message impossible to read.

See the note below. 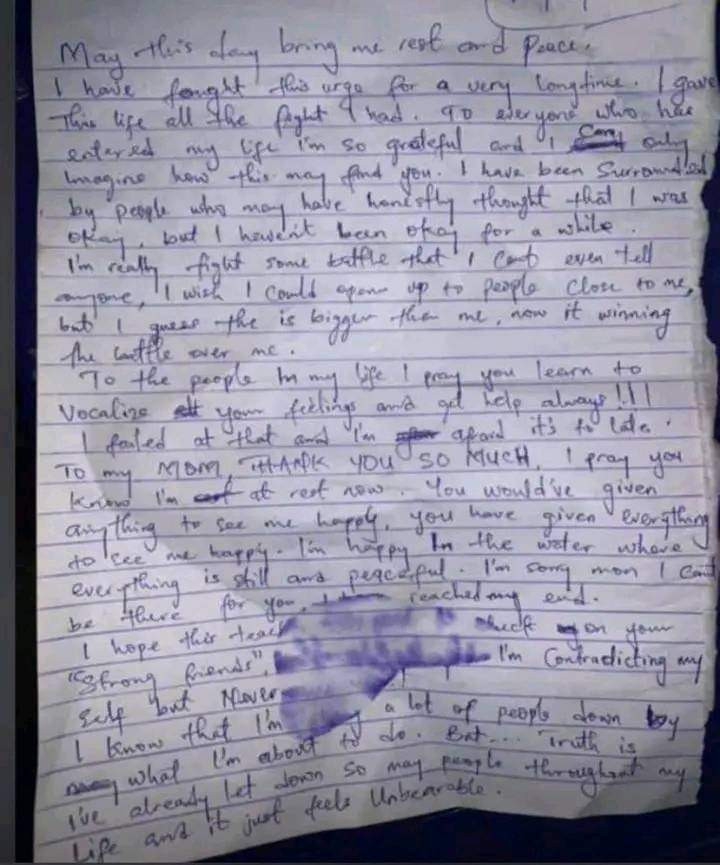 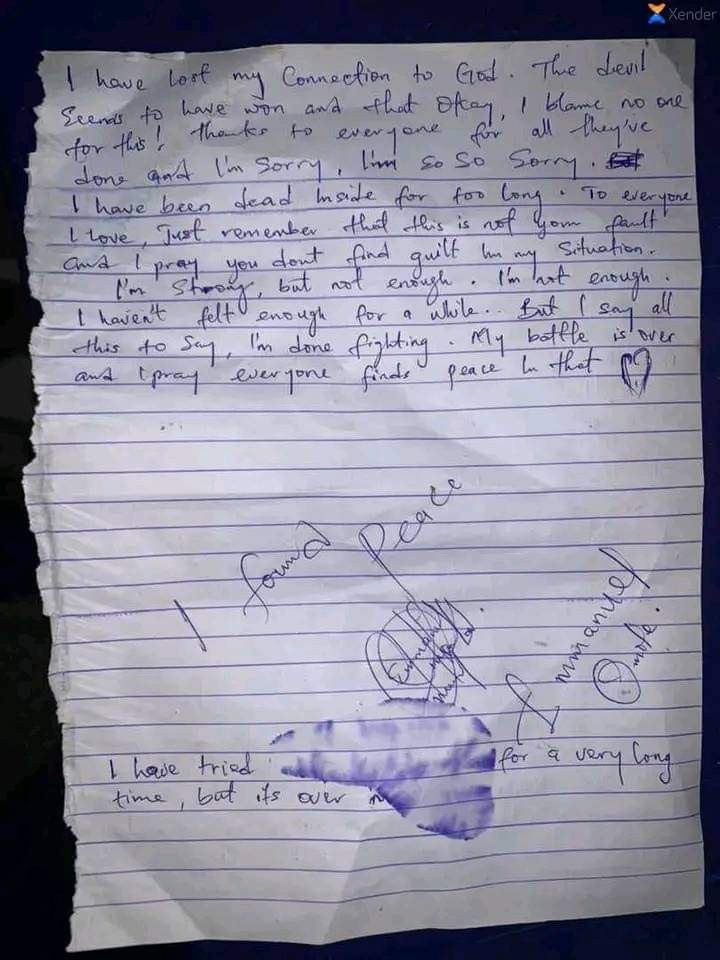 Abuja Millennium Park Reopens After Two-year Closure Due To…