Nigerian actor, Stanley Nweze has stated that women who had an affair with older married when they were much younger should expect their husbands to also have extramarital affairs with younger ladies after they walk down the aisle.

The Nollywood thespian wrote about the law of karma  on his Instagram platform.

Nweze stated that women who slept with married men, should be prepared to witness their husbands having extra-marital affairs.

According to him, if they like they should pray all they want, it will not stop their husbands from having side chics.

After sleeping with married men, you decided to marry and now you no want make any girl sleep with your own.

If you like pray, e no dey go anywhere… 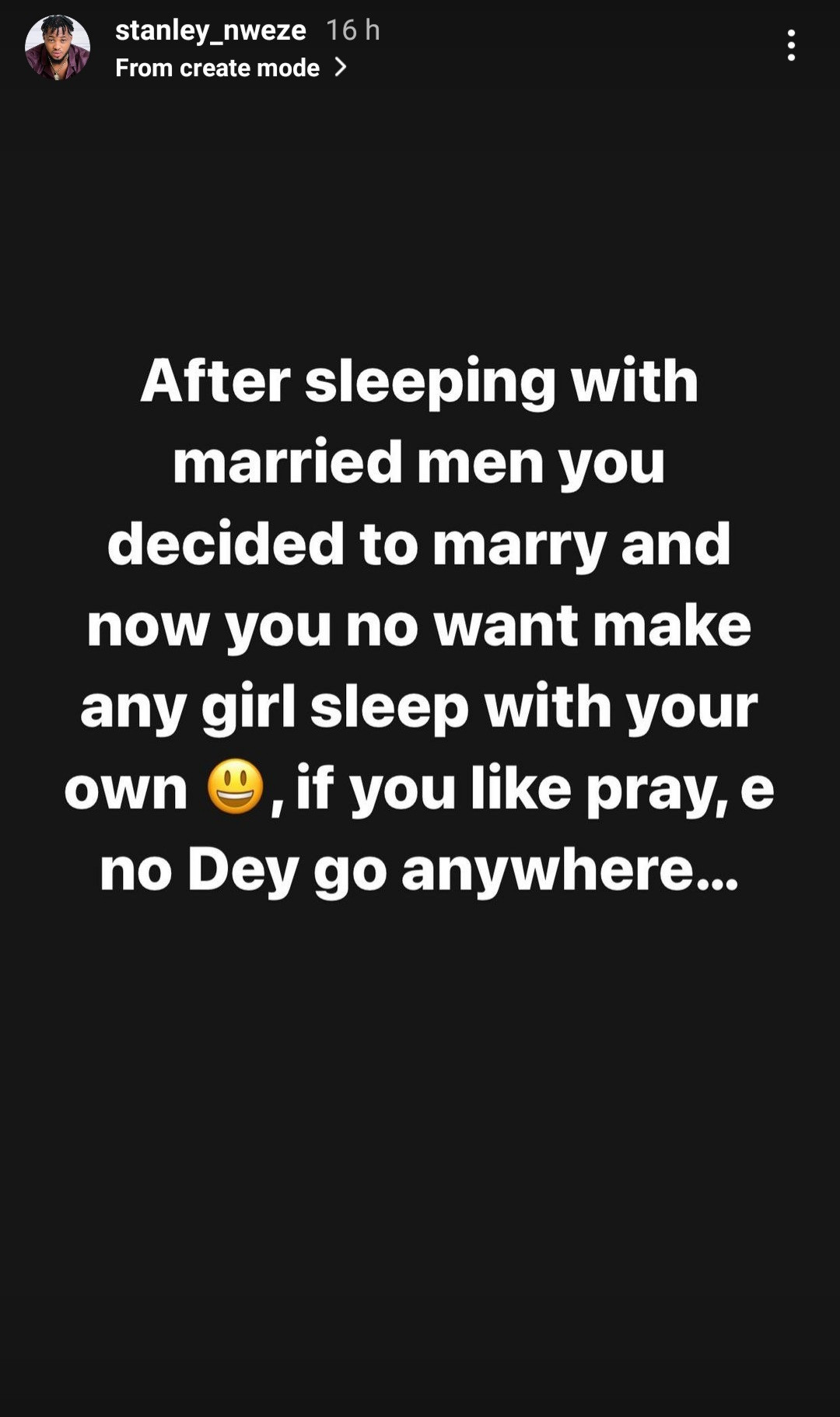 ALSO READ: Faith Morey, Nigerian Model Addresses Women Who Undergo BBL After Talking Down On It

“More women are embracing BBL, and it’s exciting to see that some of them were those who always talked down on other women for going under the knife”

“I ‘ve always known that most women talk down on BBL because they can’t afford it. Anyways, before you criticise anything, make sure you have the money and have probably tried it.”