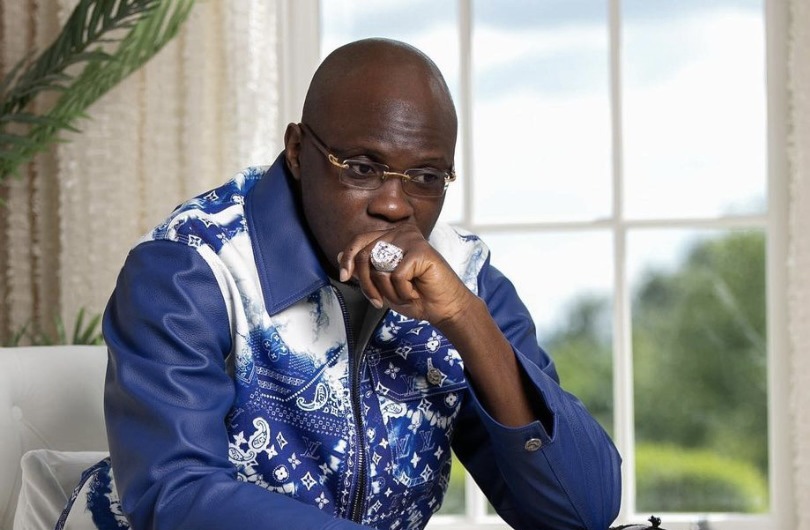 Designer wears and flashy cars are the hallmarks of the flamboyant lifestyle of Pastor Tobi Adegboyega as well as members of the organisation.

Whether he is displaying his luxury cars or making philanthropic gestures on social media, his actions usually spark conversations.

Additionally, many Nigerian celebrities are often seen visiting Pastor Tobi in the United Kingdom and he in turn treats them to fancy dinner or doles out wades of cash.

In a statement on the UK government’s website on Friday, the court presided over by Judge Burton gave the order on June 9, 2022, with the Official Receiver appointed as liquidator.

The London-based church group was wound up after failing to properly account for more than £1.87 million of outgoings and operating with a lack of transparency.

The court heard that SPAC Nation was incorporated in 2012, as a charity set up to advance Christianity.

The court heard that SPAC Nation was incorporated in 2012, a charity set up to advance Christianity. Much of its charitable work was based in London, working particularly with vulnerable people, youth, and offenders.

Initially, the church group received positive reviews and media attention. But by late 2019 SPAC Nation was subject to media scrutiny following allegations by former church members they had been financially exploited by senior church personnel.

UK’s Insolvency Service received complaints about SPAC Nation before commencing its own confidential enquiries into the church group’s activities.

The statement released by UK government in partly reads;

Investigators interviewed one of the company’s directors, Adedapo Olugbenga Adegboyega, who was also known as Dapo Adegboyega or Pastor Dapo.

During interviews, Mr Adegboyega said that the church group had over 2,000 members and 200 ordained ministers and pastors but failed to provide any supporting information.

Further enquiries found that SPAC Nation either failed to comply or only partially complied with statutory requirements, including providing data to support claimed donations, and accounting records in support of £1.87 million of expenditure.

According to the statement, the company’s financial statements in the two years to December 31, 2019 set out £610,000 of rent expenditure.

However, the company did not have a single base of its own and would hire venues across London to hold services, at significant expense.

Salvation Proclaimer Ministries Limited was wound-up after the court concluded the company operated with a lack of transparency, filed suspicious or incorrect accounts, and was insolvent at the time of the hearing.

It was also recognised that the company provided inconsistent information to the Insolvency Service and Charity Commission, and failed to deliver up adequate accounting records

The company remains subject of a statutory inquiry by the Charity Commission, who are examining financial, governance and safeguarding matters at the charity.

On her part, Edna Okhiria, Chief Investigator for the Insolvency Service, said:

While SPAC Nation claimed it had noble intentions to support vulnerable and young people, our enquiries uncovered a different side of the charity. There were clear concerns around how the church group managed its affairs and SPAC Nation failed to properly account for income received from donations and other expenditure.

The court recognised the severity of SPAC Nation’s actions and this sends a strong message that proper records and accounts must be maintained, even if you’re a charity.

Meanwhile, SPAC Nation is yet to respond to the allegations.

The church has faced series of allegations in the past which were investigated by the Metropolitan Police and Charity Commission.

There were claims pastors allegedly pressured young people in the congregation to sell their own blood to raise funds in a practice referred to as “bleeding for seed.”

Also, SPAC Nation’s leaders reportedly threatened parishioners who failed to raise enough money and one pastor had even asked her followers to “beg, borrow or steal” in order to gather money for the church.

Mariam Mbula, a 30-year-old senior leader in the church, had reportedly been jailed in the UK, Belgium and Spain, and was also wanted for leading a crime gang in Italy, as at 2019.

The senior leader who had been praised for turning her life around after she was jailed for fraud at the age of 18, reportedly had at least 13 convictions for 34 offences; 27 for fraud and dishonesty.

Amid investigation into series of complaints, SPAC Nation rebranded as Nxtion Family in June 2020, a month after head pastor Tobi Adeboyega announced he was stepping down as leader, though he has remained in charge.

Organisations like SPAC Nation being investigated or closed by authorities navigate local regulations and continue to exist under another name.

Osinbajo Advocates Synergy Between Nigeria, USA In Fight Against Terrorism