Nigerian actress, Sotayo Ogaga has raised an alarm over the rapid increase in sexually transmitted disease.

Taking to her Snapchat, Sotayo claimed that she was told to remind the public that Human Immunodeficiency Virus (HIV) has been spreading like wildfires again.

Equally, HIV is a virus that attacks the body’s immune system.

According to Centers For Disease Control and Prevention, If HIV is not treated, it can lead to AIDS (acquired immunodeficiency syndrome). There is currently no effective cure.

She told her fans to have mercy on their family member by reminding themselves about the virus. 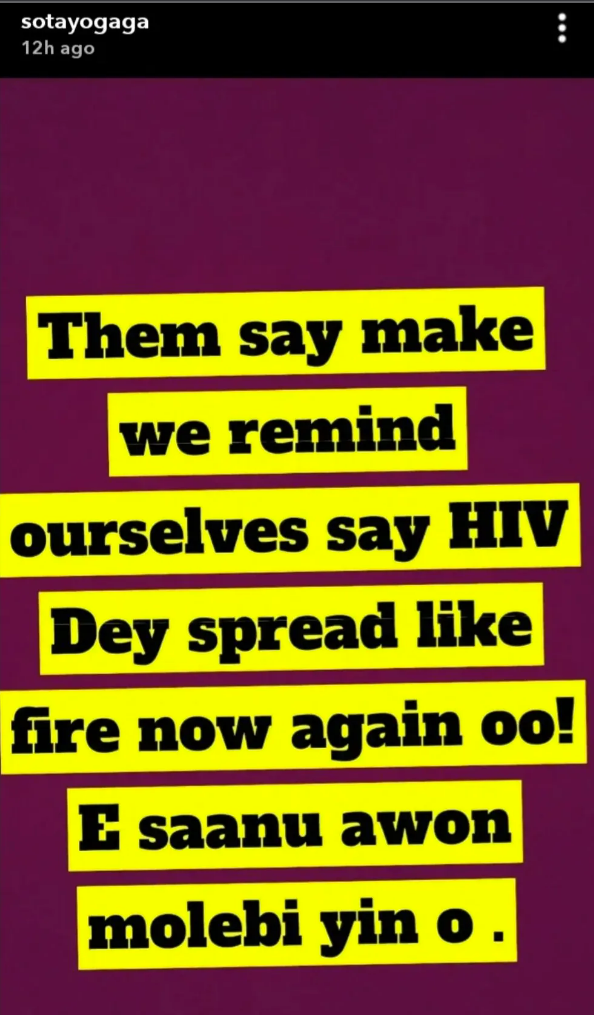 ALSO READ: Tonto Dikeh Advises Others To Fall In Love Regardless Her Failed Relationships

In April 2021, the actress was conferred as the new Sarauniya (Queen Mother) of Uke Kingdom, Nasarawa State.

The title was bestowed on her by the Emir of Uke Kingdom, HRM Abdullah Hassan.

At the time, she took to social media to share photos from the events with her colleagues, Tonto Dikeh, Femi Adebayo, and others in attendance.

In her speech at the coronation, the excited actress thanked the people of Uke for deeming it fit to give such a huge responsibility and honor to her.

I am super proud that as a Yoruba girl; I am here holding a staff of office in the Uke Kingdom and this is an indication that we should all preach one Nigeria and togetherness.

As the Queen mother, the palace would now begin to see the impact of women in decision making amongst others.

First Person To Be Cured Of HIV Dies Of Cancer