Nigerian singer, Peter Okoye also known as Mr P, one half of the popular twin duo,  P Square has spoken against selling of votes.

In a post shared on Instagram stories, Peter Okoye gives details of the implication of selling one’s vote.

According to Peter Okoye, selling one’s vote at the rate of ten thousand Naira will amount to selling one’s future for seven Naira per day when divided by four years.

ALSO READ: Singer Timi Dakolo Calls Out INEC Over Difficulty In Getting PVCs, Accuses Officials Of Soliciting Funds To Speed Up Process

While urging Nigerians to get their Permanent Voter’s Card (PVC), Peter Okoye said people should also make the message on vote buying go viral, perhaps some other people can think twice about selling their votes.

Assuming you sell your vote for N10000 divide it by 365 days in a year and that’s around N28 divide further by 4 years and that’s approximately N7.

Now imagine selling your future at a rate of N7 per day. I suggest we make this go viral, maybe on social media, billboards, placards, t-shirts.

Perhaps If people see it from this perspective, they will think twice about selling their votes. 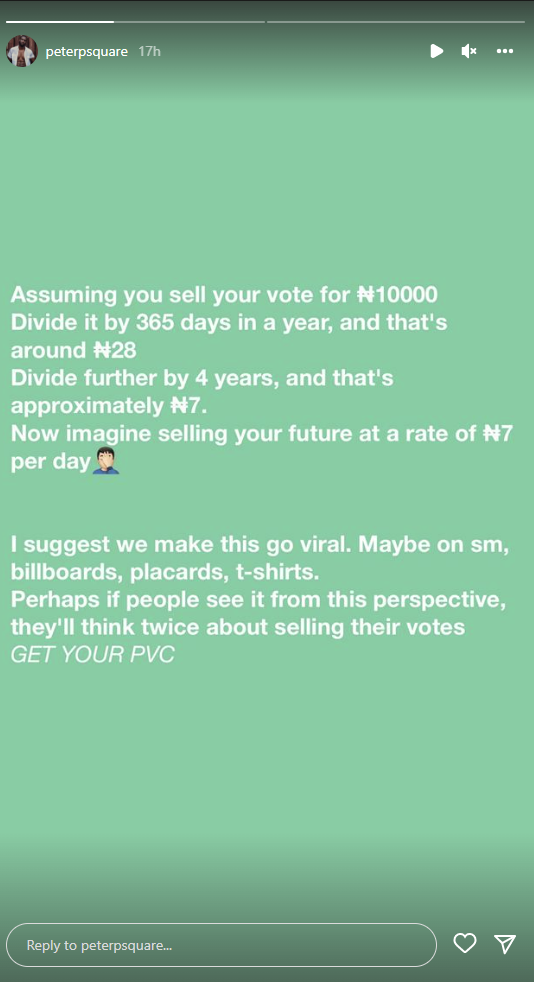 Peter Okoye did not stop there, he went on to admonish Nigerians to vote people who will change the system into power. The singer revealed several heinous issues that the country is facing at the moment.

Okoye listed insecurity, ASUU strike and unemployment as some of the problems that citizens of the country are experiencing.

The singer added that it is ideal for people to get their PVCs and make a change.

Read his concluding slide below. 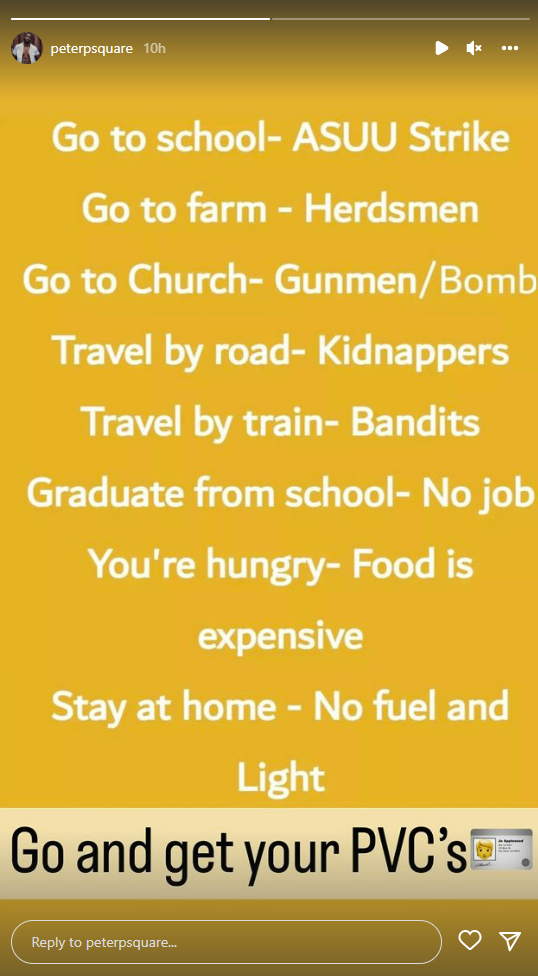